The Arduino 101 is a development board based on the Intel Curie module that leverages the simplicity of the Arduino programming environment. If you got the SIK for Google's Science Journal App, we pre-programmed this board for you to work directly with the Google Science Journal. If you have your own Arduino 101 and need to program it for the Science Journal, you can get the full source-code on github here. 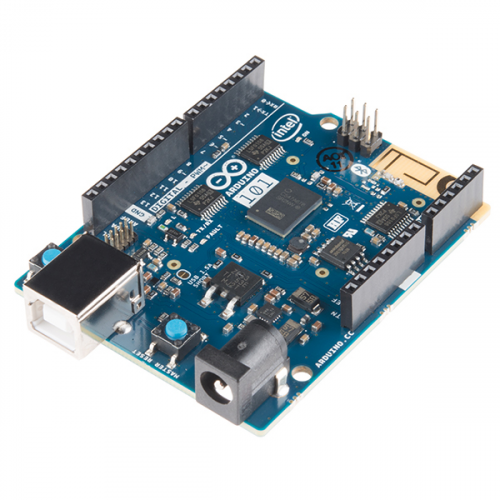 When you've completed your science experiments with the Science Journal and you want to go further, we have a whole series of activities and experiments that you can explore to learn more about programming and electronics using your Arduino 101, but we're getting ahead of ourselves. Let's start with pairing the Arduino 101 to your Science Journal App.

Pairing the Arduino 101 to your Science Journal

The Arduino 101 will allow you to add external sensors to your Science Journal. First power up the Arduino 101 using either the USB cable, the 9V battery and battery adapter, or the wall adapter. Next, open up the Science Journal App and click on the add device icon in the upper right corner of the screen: 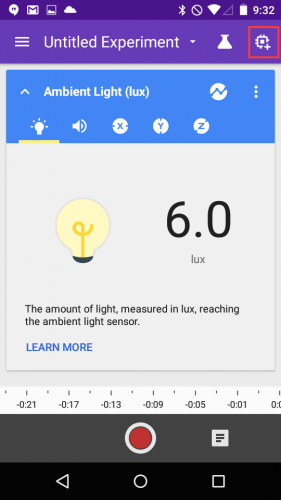 Next, identify the name of the Arduino 101 that you have. It will start with the letters "Sci" for Science and then have 4 extra unique characters that follow it. In our case, it's named Scidc3e. 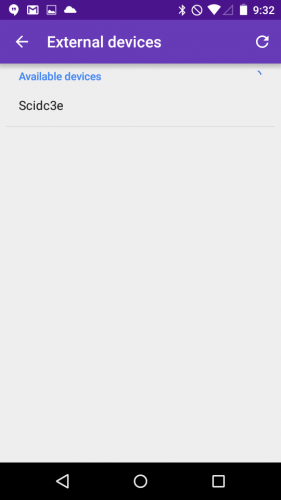 The device should automatically appear, if it doesn't simply tap the refresh icon in the upper right corner.

Tap on this device name to pair it. Now, you have a few options that you can configure for how you want to read sensor data from your Arduino 101. As a default, the Arduino 101 is looking at the voltage on pin A0. The app is configured to show this information as either Rotations or Raw values. 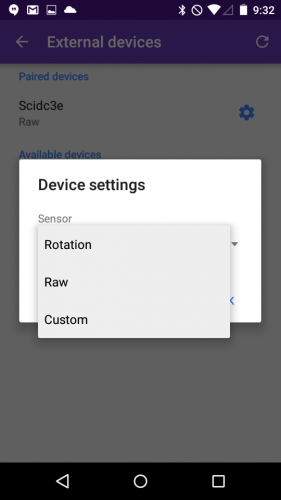 The two main modes of operation for a sensor on pin A0 are Rotation and Raw (%).

The Rotations setting takes an average of the number of light and dark transitions and estimates the rotations per minute (RPM) that an encoder disk is spinning. We use this in the Wind Spinner project later on. And, the Raw setting will display the voltage as a percentage from 0 to 100. A voltage of 3.3V will show 100%.

Going further with the Custom setting

If you want to explore other sensors or see the raw analog-to-digital (ADC) value, you can go into the Custom option. Under this option, you can select any of the available Analog pins on the Arduino 101 (A0 - A5). 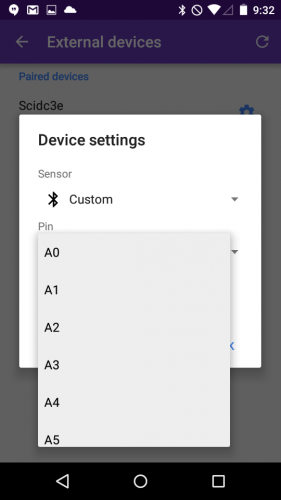 Notice that you can select any of the pins (including ones that don't exist on the Arduino 101!)

Once you've configured the sensor on the app, tap the back arrow to get back to your experiment, and slide your finger sideways until you see the new icon appear on the right side. For the custom sensor, this will appear as a bluetooth icon, and this will show a value of 0 - 1023 based on the actual sensor reading of the Arduino device. These are really unit-less values, but I'm pretty sure we can still make some good predictions and conclusions based on patterns that we see in the data. 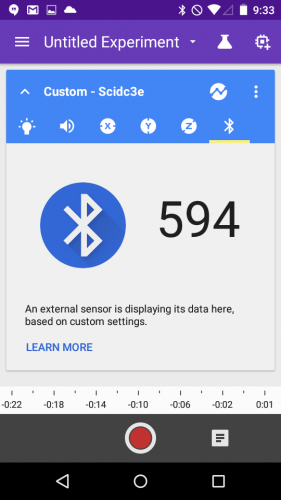 If you've explored all of the features of the app, you know that we can also display this data graphically. Here's a graph of a "pendulum" chandalier that I made swing back and forth over the top of the light sensor. 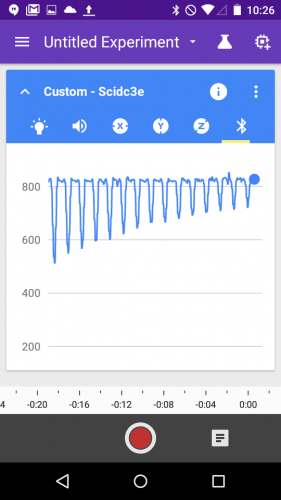 Notice that the period of the oscillation stays the same, but the amplitude appears to get smaller? Isn't that peculiar? 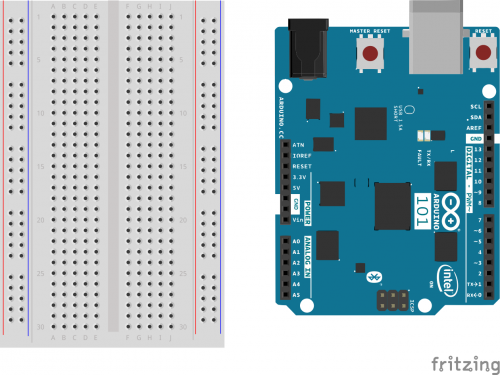 Now you're ready to go and start exploring with the Science Journal and your new Arduino 101 sensor kit. We've included two sensors in the kit that we'll show you how to setup next.