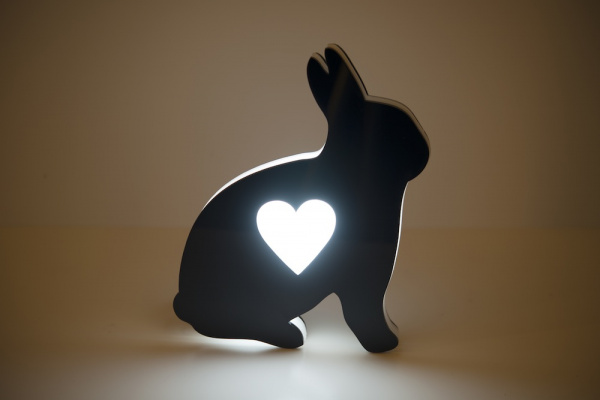 This project would also be great in a baby's nursery, or anywhere you need a little extra light.

Yeah. So, let's get started!

This tutorial uses ELastoLite - a waterproof, bendable, iron-able electroluminescent panel that will smush accommodatingly into just about anything and also works great in clothing. There's a lot you can do with these panels; we've also used them to make a Captain America shield and an illuminated temporary tattoo, among other projects.

Full disclosure: I had never played with ELastoLite before making this project, so if you want to read more before getting started, I recommend checking out the ELastoLite hookup guide and our assembly video, both of which I referenced heavily before I made my light. Some other tutorials that may help get you started with this project include: