Let's take a look at the WAV Trigger's hardware so we can get an idea of where things are and how to use the board. 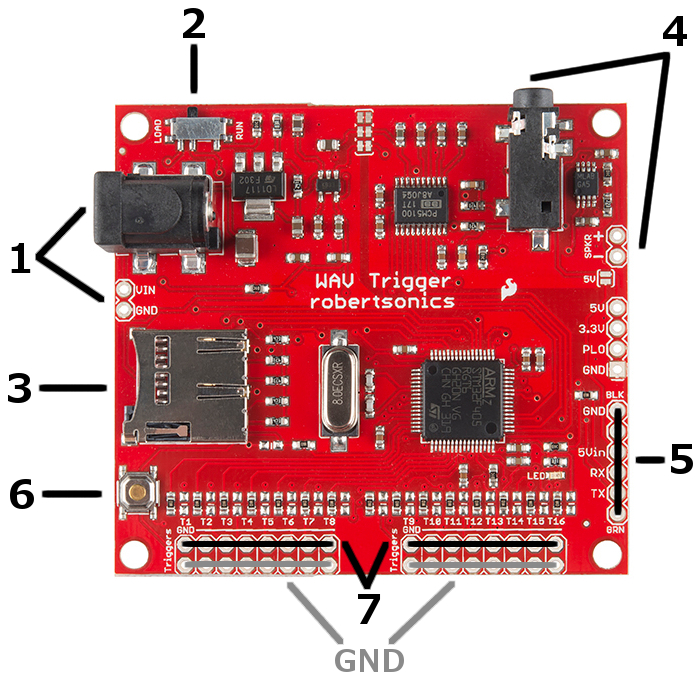 Now that we have an understanding of the board's hardware, let's dive a bit deeper into what you can do with it.