The Arduino Block for Edison provides the Intel(R) Edison with a direct, serial link to an Arduino-compatible ATmega328 microprocessor. 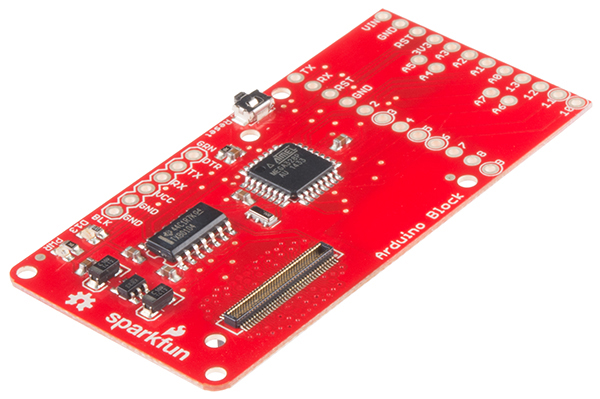 Why would you need an Arduino connected to your Edison? Isn't it powerful enough to handle anything that may be thrown at it? That's the problem -- it's almost too powerful. Because it's running an operating system, it's incapable of real-time processing -- the bread-and-butter of smaller microcontrollers like the ATmega328. Components which require precise timing -- like WS2812 LEDs or servo motors -- may be incompatible with the Edison as it can't reliably generate clock signals.

The Arduino block allows the Edison to offload those lower-level hardware tasks. Additional to that, if you've already written Arduino code for an external component, you don't have to port that code to the Edison -- just run it on an Arduino block!

Other tutorials that may help you on your Arduino Block adventure include: