With this set up, you can try to catch Santa coming down the chimney, but even if he's clever enough to get past motion sensor without being detected, you can catch him when he goes to drink the milk left out for him. 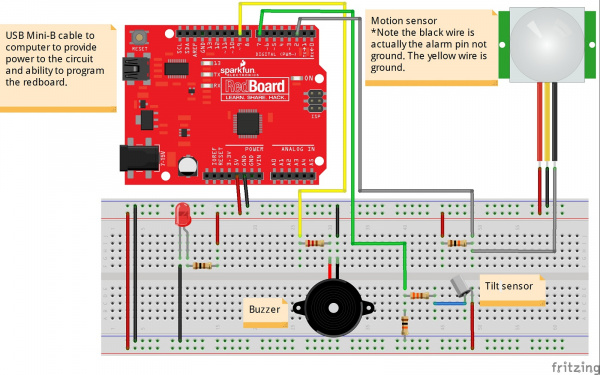 The circuit works as follows:

[1] Note: The PIR motion sensor can work with at least 5V. However, the voltage may not be enough for the L78L05 voltage regulator to work reliably depending on your power supply. For more information, check out the note in the PIR Motion Sensor Hookup Guide.
Share
Use this URL to share: