Manipulation of light is a very useful skill for any electronics tinkerer. From illumination to distance sensing, light bridges the electronic and the physical in myriad useful ways. 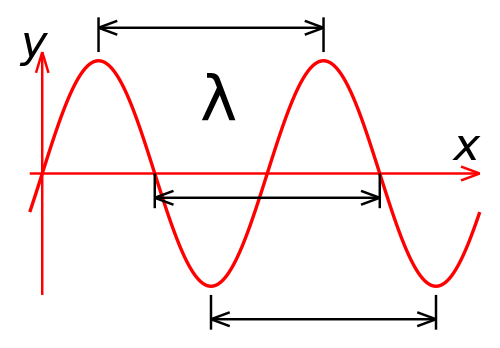 Because nothing in physics can be simple, a light beam also behaves as a stream of particles, or photons (masochists can refer to this article on the wave/particle duality of light). Shorter wavelength light has more energy per photon.

The other characteristic of a beam of light is its intensity. Radiant intensity is measured by the rate at which energy intersects the surface of the sphere bounded by that circle at the top of the ice cream cone, in watts per steradian. To understand this, imagine a sphere with a teeny, tiny star in the center. Light is spreading out from the star in all directions equally. Now, add an ice cream cone with its point in the center of the star, extending to the surface of the sphere. The angle at the bottom of the cone is one radian (there are 2π radians in a circle; one radian is approximately 57.3°). The area defined by this imaginary ice cream cone is called a steradian. 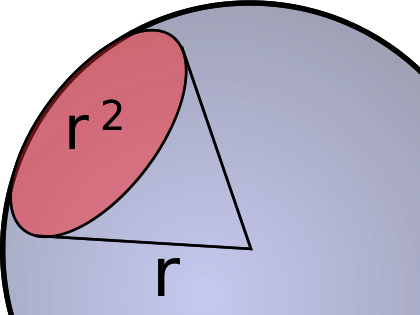 Graphical depiction of a steradian. A beam of light's radiant intensity is described by the wattage of the light beam divided by this surface area (Image courtesy of wikimedia commons.)

When we talk about light, we generally mean visible light--the wonderful stuff of rainbows and sunshine. Light, however, spans a very, very wide range of wavelengths. This is referred to as the electromagnetic spectrum. 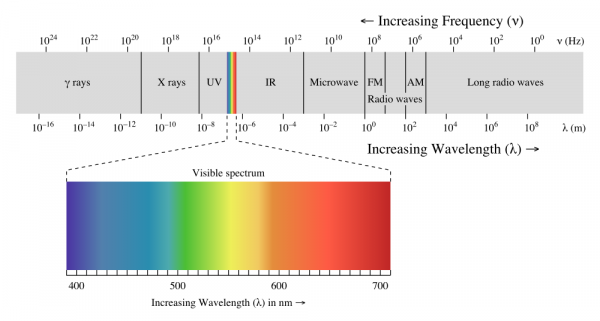 At one end, there are gamma rays and X-rays, which are nasty, high energy ionizing electromagnetic radiation that are fundamentally incompatible with life. At the other end, very low-frequency, long-wavelength radio waves carry information across vast distances, yielding glimpses into the very origins of the universe itself.

In this article, we'll be sticking to visible light and the areas closest to it: infrared and ultraviolet. From ultraviolet through far infrared, light behaves pretty similarly to what we're used to seeing with visible light: shadows are cast, lenses can focus it, it can be diffused by, say, a white sheet of paper, etc. Once you move out into the longer and shorter wavelengths, things start to get weird, and we'll reserve discussion of that for another lesson.

We're going to discuss light in three different groups: ultraviolet, visible, and infrared. Ultraviolet light is light which has a wavelength just slightly shorter than visible light; infrared, just slightly longer. Of the three groups, visible and infrared are somewhat more useful and common in electronics, and we'll give them correspondingly more time.