During the 2014 trip to China, our supplier YunSun was kind enough to pick us up in Shenzhen and give us a tour of their factory. 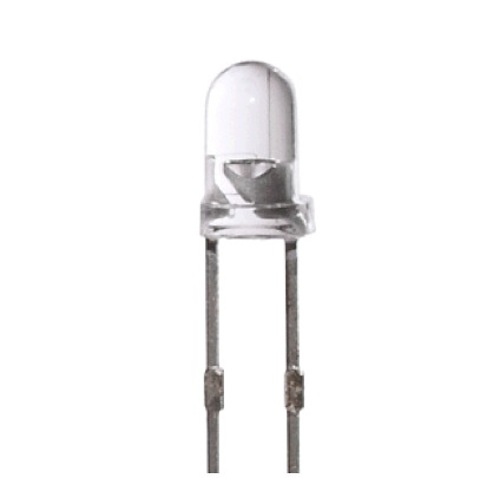 Although SparkFun has been using and selling LEDs for over 10 years, I had never seen or really understood how they were made. I let Merry Xiao, our main contact at YunSun, know that we were very interested in learning, so she arranged to give us a tour on a Saturday when the factory was closed. We were extremely grateful! 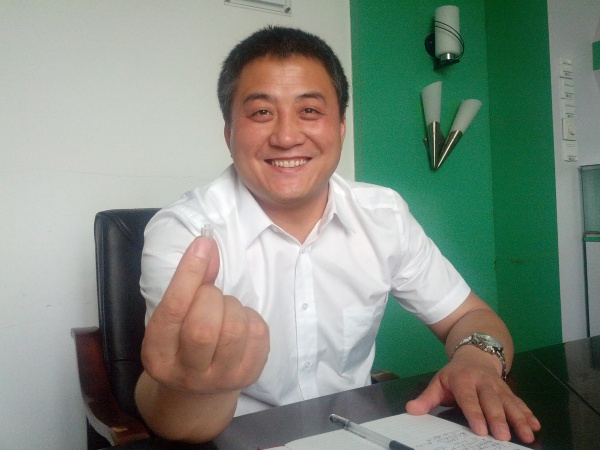 This is Mr. Si the proprietor of YunSun with the most hilarious sense of humor. He's holding a project that my wife Alicia Gibb is working on. Merry joined us as well and helped translate. 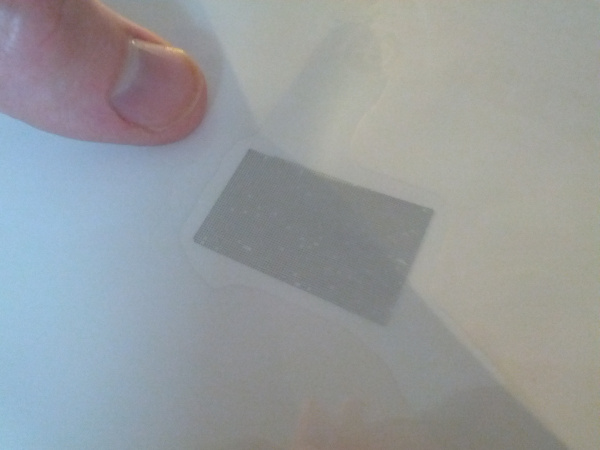 This is a sheet of LED dies. YunSun buys their dies from a high quality Taiwanese company. That's my thumb next to 4,000 dies. The cost for the sheet is roughly 80RMB or $12.50. 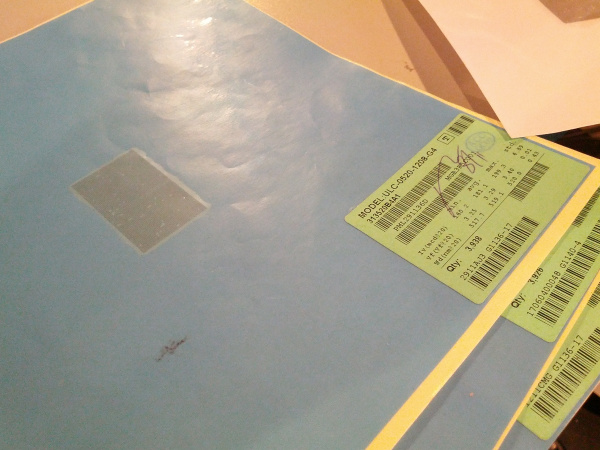 Each sheet has the batch characteristics listed in the corner. The dies on this particular sheet have a wavelength of ~519nm or right on the edge between green and cyan blue. Three thin sheets containing 12,000 LEDs soon to be hatched! 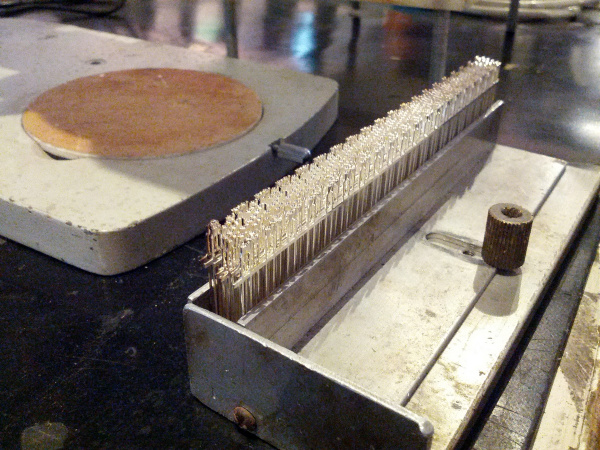 The process starts with punched metal lead frames. Each one of these frames has the basic structure for 20 LEDs. Shown above is about 15 frames or 300 LEDs. 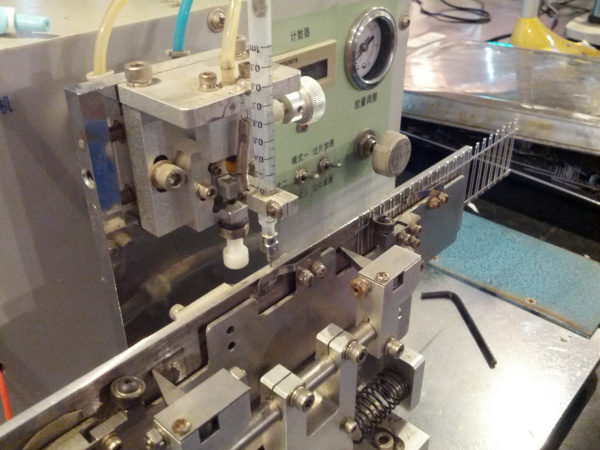 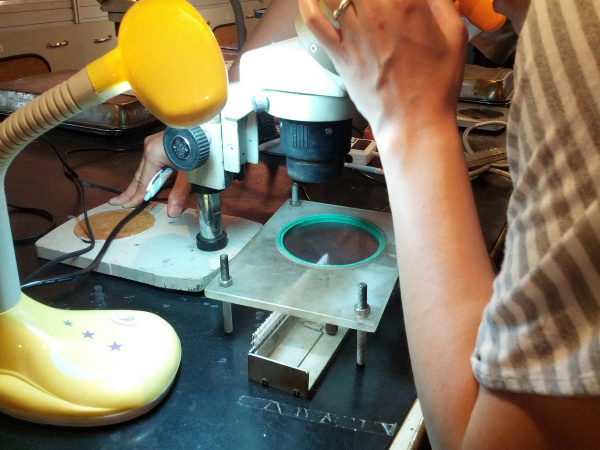 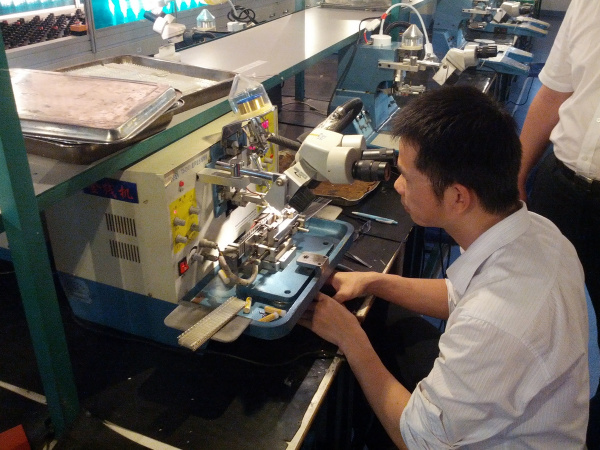 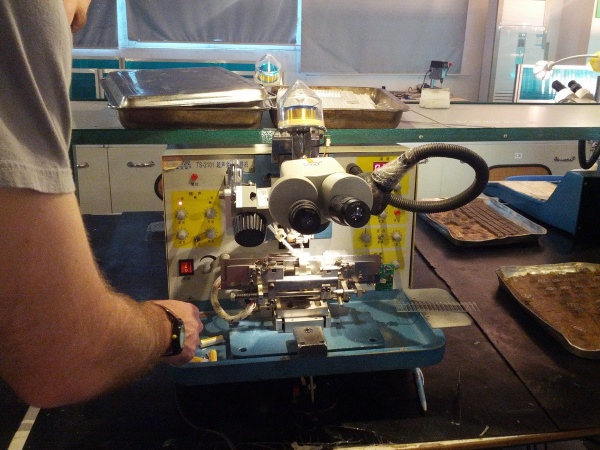 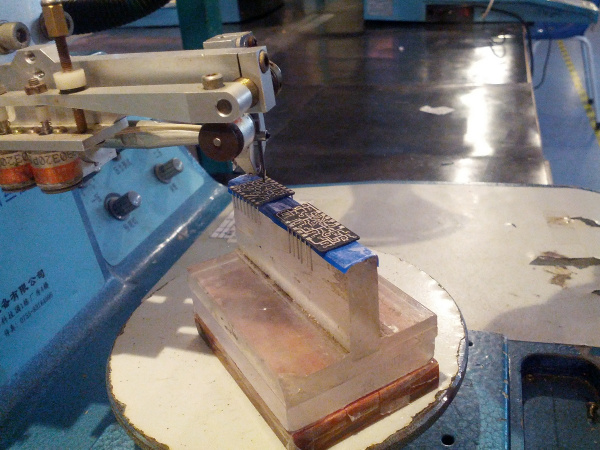 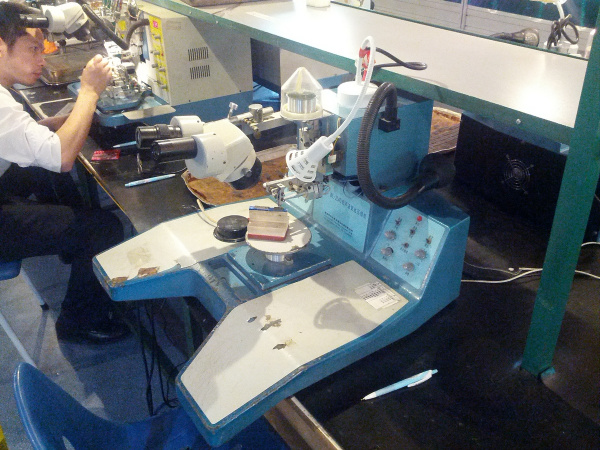 A larger picture of the 7-segment bonding machine. 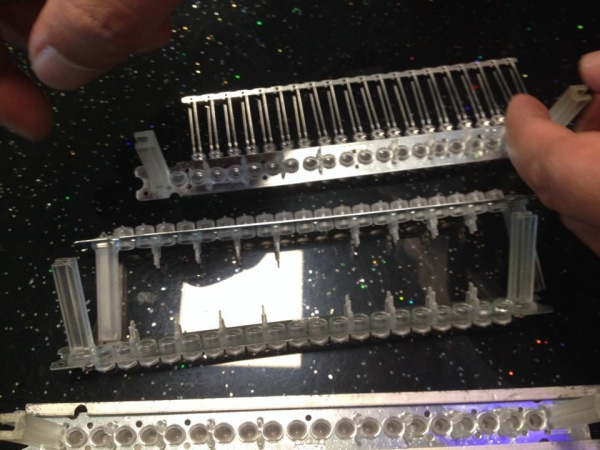 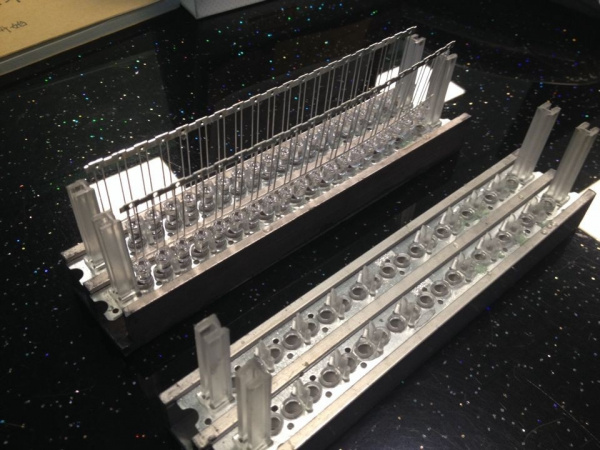 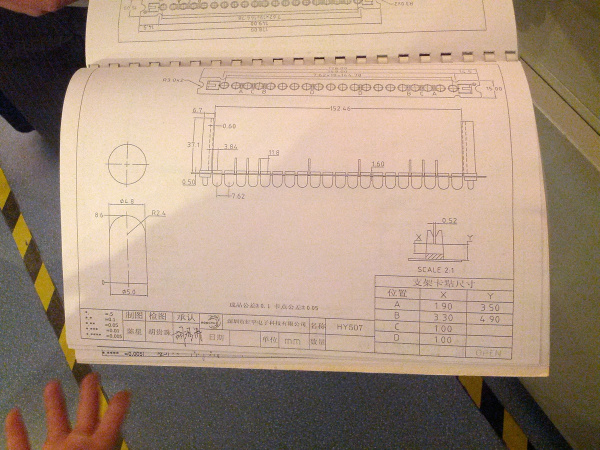 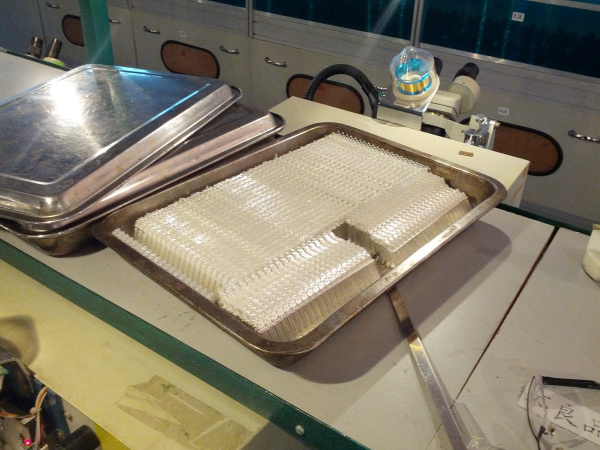 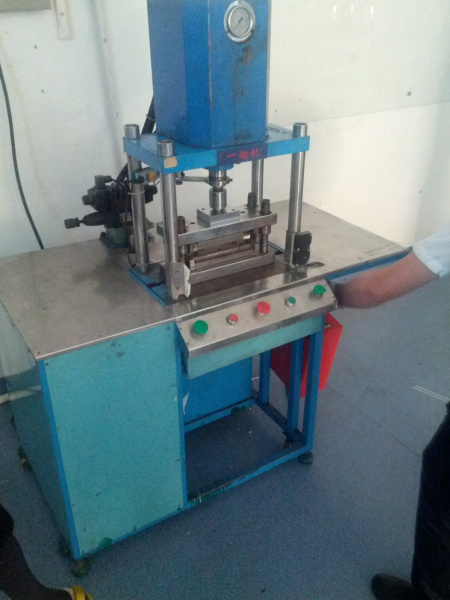 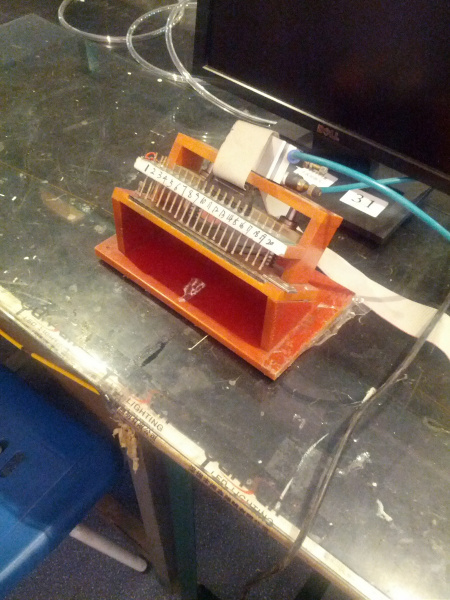 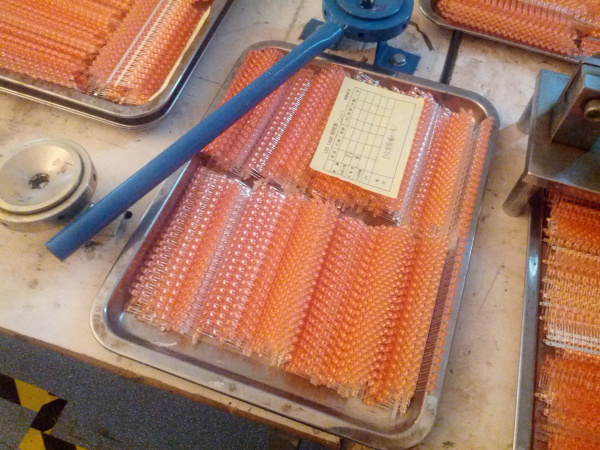 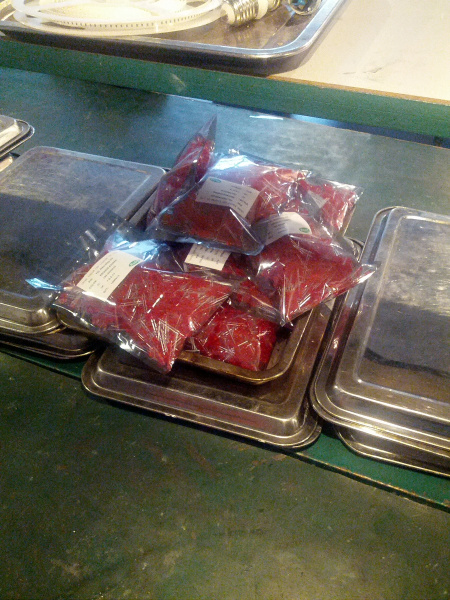 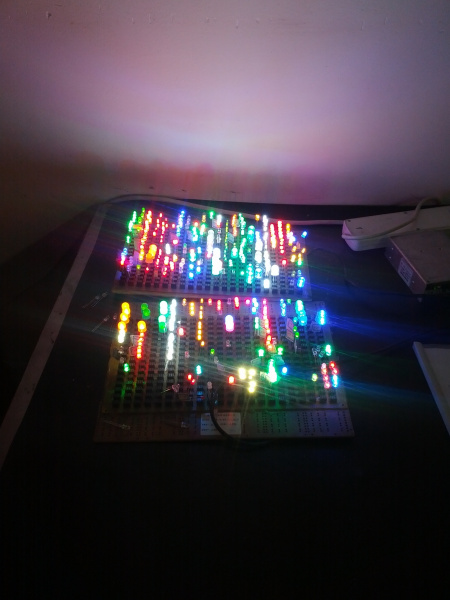 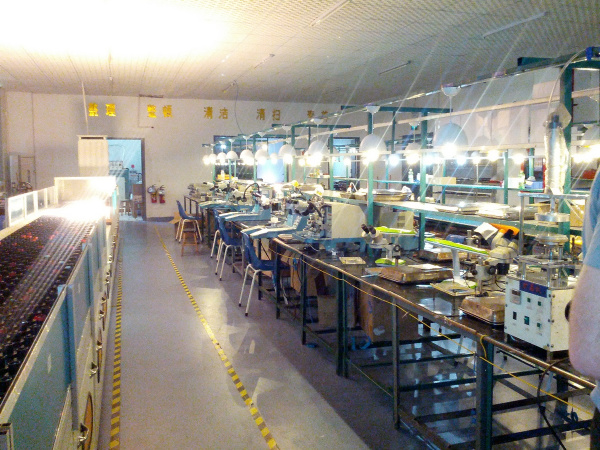 Overall the factory was compact and well laid out. There were four lines available to create whichever shape and type were needed that day. 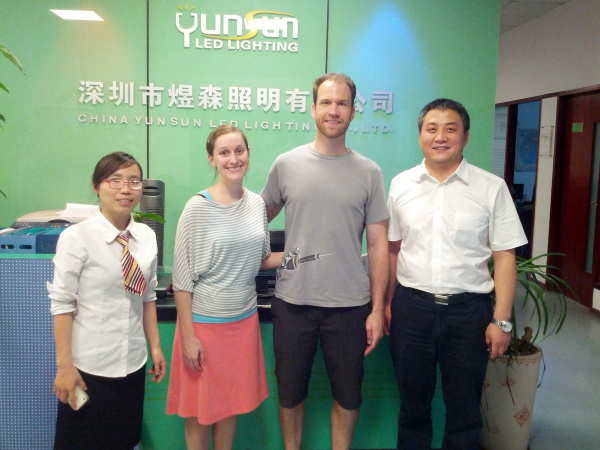 Merry, Alicia, myself, and Mr. Si. We are very very grateful to YunSun for giving us a tour on their day off! If you ever need LEDs or LED light bulbs consider contacting Merry (merry at 100led.com). YunSun is a wonderful company to work with.

We hope you've enjoyed reading! These tutorials take a lot of work and we hope you learn something from it! If you liked reading please leave a comment and let us know.

Ready to play with some LEDs? Here are a few of our products to checkout:

Now that you've read how LEDs are made here are some tutorials that may strike your fancy: