Standard signal diodes are among the most basic, average, no-frills members of the diode family. They usually have a medium-high forward voltage drop and a low maximum current rating. A common example of a signal diode is the 1N4148.

Very general purpose, it's got a typical forward voltage drop of 0.72V and a 300mA maximum forward current rating.

A small-signal diode, the 1N4148. Notice the black circle around the diode, that marks which of the terminals is the cathode.

A rectifier or power diode is a standard diode with a much higher maximum current rating. This higher current rating usually comes at the cost of a larger forward voltage. The 1N4001 is an example of a power diode. 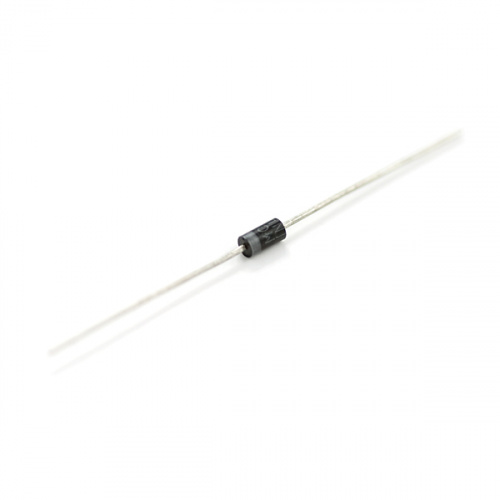 This is a simple, subminiature size, axial lead mounted rectifier diode. The 1N4001 is rated for up to 1A/50V.

A 1N4001 PTH diode. This time a gray band indicates which pin is the cathode.

And, of course, most diode types come in surface-mount varieties as well. You'll notice that every diode has some way (no matter how tiny or hard to see) to indicate which of the two pins is the cathode.

The flashiest member of the diode family must be the light-emitting diode (LED). These diodes quite literally light up when a positive voltage is applied. 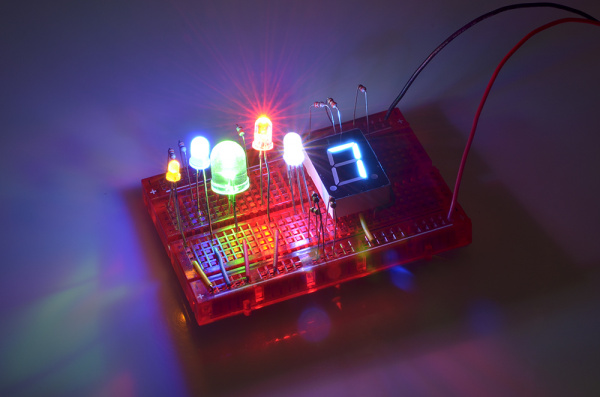 Like normal diodes, LEDs only allow current through one direction. They also have a forward voltage rating, which is the voltage required for them to light up. The VF rating of an LED is usually larger than that of a normal diode (1.2~3V), and it depends on the color the LED emits. For example, the rated forward voltage of a Super Bright Blue LED is around 3.3V, while that of the equal size Super Bright Red LED is only 2.2V.

You'll obviously most-often find LEDs in lighting applications. They're blinky and fun! But more than that, their high-efficiency has lead to widespread use in street lights, displays, backlighting, and much more. Other LEDs emit a light that is not visible to the human eye, like infrared LEDs, which are the backbone of most remote controls. Another common use of LEDs is in optically isolating a dangerous high-voltage system from a lower-voltage circuit. Opto-isolators pair an infrared LED with a photosensor, which allows current to flow when it detects light from the LED. Below is an example circuit of an opto-isolator. Note how the schematic symbol for the diode varies from the normal diode. LED symbols add a couple arrows extending out from the symbol.

Another very common diode is the Schottky diode. 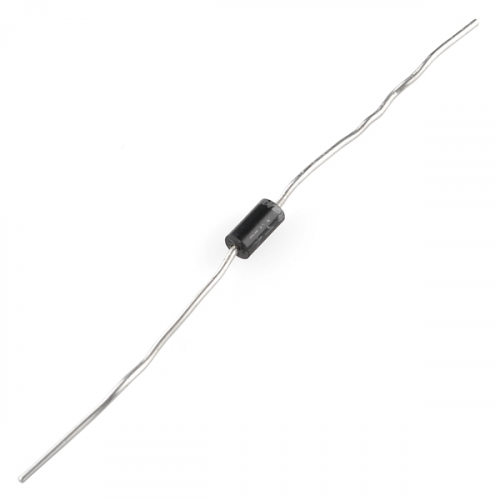 The semiconductor composition of a Schottky diode is slightly different from a normal diode, and this results in a much smaller forward voltage drop, which is usually between 0.15V and 0.45V. They'll still have a very large breakdown voltage though.

Schottky diodes are especially useful in limiting losses, when every last bit of voltage must be spared. They're unique enough to get a circuit symbol of their own, with a couple bends on the end of the cathode-line.

Zener diodes are the weird outcast of the diode family. They're usually used to intentionally conduct reverse current. 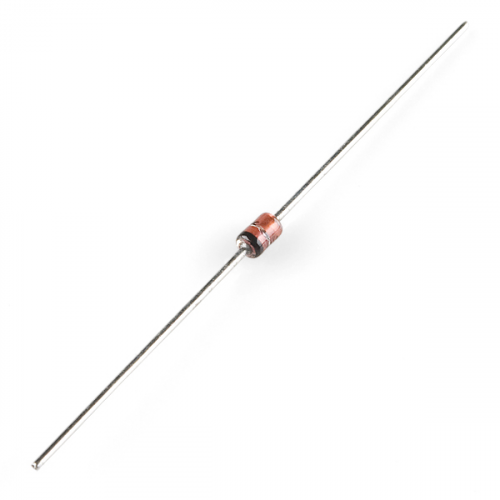 Zener diodes are useful for creating a reference voltage or as a voltage stabilizer for low-current applications.These diodes…

Taking advantage of their breakdown property, Zener diodes are often used to create a known reference voltage at exactly their Zener voltage. They can be used as a voltage regulator for small loads, but they're not really made to regulate voltage to circuits that will pull significant amounts of current.

Zeners are special enough to get their own circuit symbol, with wavy ends on the cathode-line. The symbol might even define what, exactly, the diode's zener voltage is. Here's a 3.3V zener diode acting to create a solid 3.3V voltage reference: 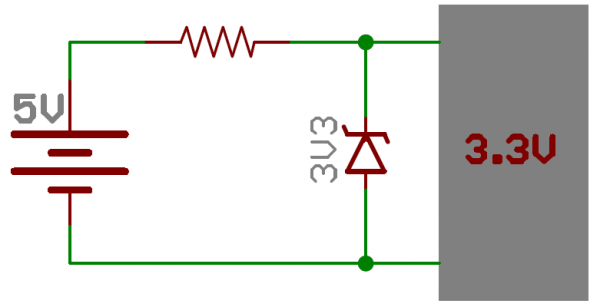 Photodiodes are specially constructed diodes, which capture energy from photons of light (see Physics, quantum) to generate electrical current. Kind of operating as an anti-LED. 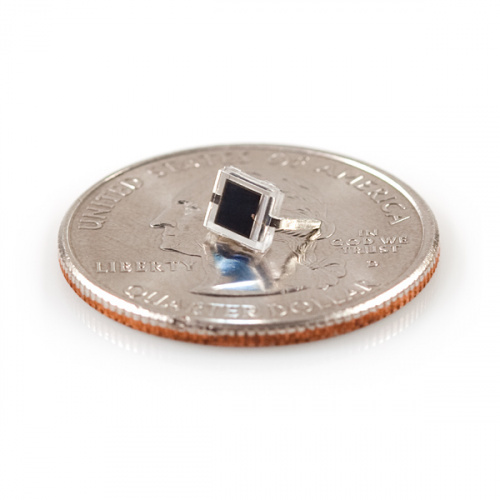 The BPW34 is a tiny, general purpose [PiN photodiode](http://en.wikipedia.org/wiki/PIN_diode). This photodiode has a ton of u…

$1.60
1
Favorited Favorite 36
Wish List
A BPW34 photodiode (not the quarter, the little thing on top of that). Get it under the sun and it can generate about few µW's of power!.

Solar cells are the main benefactor of photodiode technology. But these diodes can also be used to detect light, or even communicate optically.