If computers operate in binary, then how are we able to store letters and words? To do this, we assign numbers to characters. This is known as character encoding.

Looking at the internals of a simple text document

To understand how character encoding works, let's create a simple example. First, assign the numbers 1-26 to the English alphabet:

To write a simple encoded message, we substitute the numbers for the letters. For example, 8 5 12 12 15. By using numbers, we have constructed the word h e l l o.

But to completely capture the English alphabet -- including upper and lower-case letters, numbers, and punctuation -- we needed more than 26 characters. As a result, the American Standard Code for Information Interchange (ASCII) was created as one of the first character encoding standards for computers.

The following topics will be covered in this tutorial: 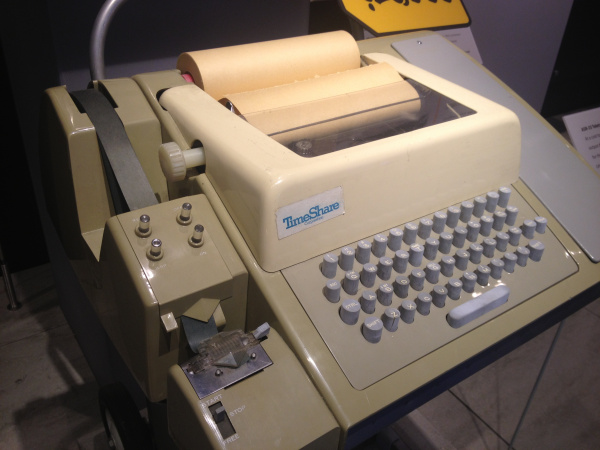 To identify a character's ASCII value, it is common to look it up on an ASCII table. The ASCII table pairs each character to its assigned value between 0 and 127.

Control characters make up the first 32 characters of the ASCII table. These characters are not intended to be printed, instead they are used to send command instructions to another device, such as a printer. Note that we have included the octal representation of the ASCII characters in the off chance that you might be working with a particularly old system (such as the 12-bit PDP-8).

There are 95 printable characters in the ASCII encoding scheme. Note that the "space" character denotes a printable space (" ").

If you would like to try printing something using ASCII encoding, you can try it out using Arduino. See this tutorial for getting started with Arduino.

Open the Arduino IDE and paste in the following code:

Run it on your Arduino, and open a Serial console. You should see the "Hello!" appear over and over: 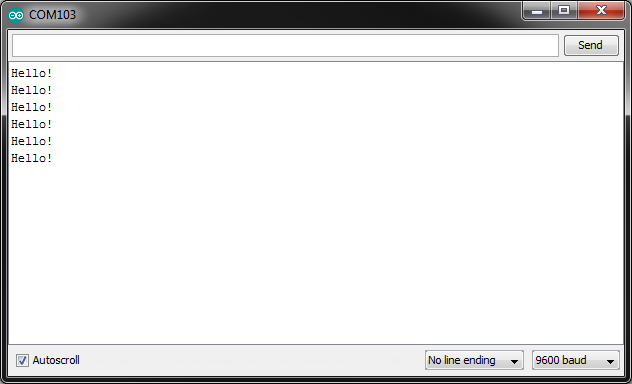 Notice that we had to use Serial.write() instead of Serial.print(). The write() command sends a raw byte across the serial line. print(), on the other hand, will try and interpret the number and send the ASCII-encoded version of that number. For example, Serial.print(0x48) would print 72 in the console.

Also, notice that we used the ASCII character 0x0A, which is the "line feed" control character. This causes the printer (or console in this case) to advance to the next line. It is similar to pressing the 'enter' key.

There are many character encoding sets available. The most popular encoding for the World Wide Web is UTF-8. As of June 2016, UTF-8 is used in 87% of all web pages.

UTF-8 is backwards compatible with ASCII, which means the first 128 characters are the same as ASCII. UTF-8 can use 2, 3, and 4 bytes to encode characters from most modern written languages, including Latin, Greek, Cyrillic, Arabic, Chinese, Korean, and Japanese characters.

Knowledge of basic ASCII encoding can be useful when working in serial terminals. See the Serial Terminal Basics to learn how to use some of the many serial terminal programs available.

If you are interested in downloading the ASCII table in image format, click the button below. With an image, you can print it out and hang it on your wall, put it on a coffee mug, or have it printed on a mouse pad.