We’ve probably used the word “maker” more times in the last year than we have in the last ten years. It’s pretty evident that making is blowing up. Makerspaces have made their way into blogs on education, hackerspaces are being featured in The New York Times, and a White House Maker Faire was held in lieu of the annual White House Science Fair this year. I think it’s fair to say making is so hot right now.

Our guest today is Riley Meehan, a member of the Center for Engineering Outreach and a graduate student in the Laboratory for Playful Computation at Tufts University. Riley is an engineer, maker, designer, educator, tinkerer, and can’t stop picking up new hobbies. His research lives in the worlds of education, engineering, design, and sociology – focusing on how educational institutions design and assess the use of makerspaces as reflecting the existing commitments of a school community. His biggest weakness is not being able to say no, so ask him to get involved with whatever you’re working on. Trust me.

Lately, my research group has spent a lot of time thinking about the maker movement with respect to education. In fact, a colleague of mine recently remarked that we’ve probably used the word “maker” more times in the last year than we have in the last ten years. It’s pretty evident that making is blowing up. Makerspaces have made their way into blogs on education hackerspaces are being featured in The New York Times, and a White House Maker Faire was held in lieu of the annual White House Science Fair this year. I think it’s fair to say making is so hot right now. 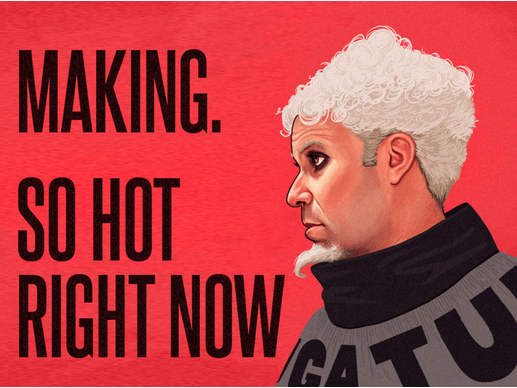 With the rise of the makerspace, the maker movement has understandably also found its way into schooling. Makerspaces, STEAM labs, and Fab Labs are burgeoning all across the country in cities, suburban areas, and even rural areas. Many take root in community centers, museums, libraries, or standalone community spaces and increasingly have begun to integrate into formal educational institutions from kindergarten through university programs. And why not? It makes total sense – in an educational climate where schools are being inundated with the notion that the U.S. is behind the rest of the developed world in STEM education and our students need to be able to think critically, problem-solve, work inter-disciplinarily, and collaborate in order to succeed – makerspaces provide a unique opportunity as educational spaces that by and large embrace the skills and learning styles that progressive education has preached for years.

Many of these spaces include a variety of digital fabrication tools that, with the expiration of certain parents on equipment such as 3D printers and laser cutters and the rapidly decreasing prices of electronics, have effectively ignited the democratization of digital fabrication. As a result, the publicized image of makerspaces features these tools and consequently it’s often the tools themselves that first come to mind and often take priority when the schools with which we work start designing their own spaces. Rather than first considering pedagogy, culture, and learning outcomes, most conversations center on the physical materials. 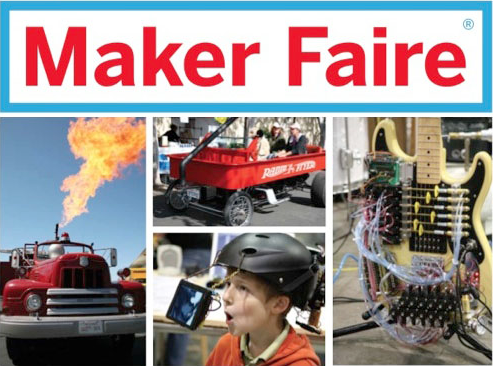 The types of images from which rising perceptions of maker activities are developed.

Though some of these spaces don’t include modern digital fabrication tools, and many preexisting hands-on learning spaces like art rooms and wood-shops already employ many of the ideals of the maker movement, implementation of new spaces frequently takes on a tone set by a dominant narrative that prioritizes specific tools and types of making. The prominent examples of existing makerspaces often prioritize the digital fabrication tools that revitalized making rather than the ideals in which making is rooted.

As educators, if our goal is to create spaces for productive meaningful engagement educational makerspaces, like schools, must reflect the existing values and commitments of community. That means makerspaces can and probably should look considerably different from school to school because a large community results in a variety of people, with a variety of tools, and a variety of interests, which inevitably results in issues of alignment between individuals values and commitments for these spaces.

The work we are doing at Tufts is in researching how a school designs a space such that is responsive to its community’s needs. So, how does a community of individuals going about the construction and use of a space come to develop shared values? That’s the question we’re currently working through, for now, check out the great resources from folks like Jaymes Dec who are thinking about maker pedagogy and for those that are building their own spaces, start by talking to your own school community of teachers and students and listening to what about making inspires them– it may not be the newest 3D printer.