The Gloves are a cutting edge experimental gestural music ware being developed today for the purpose of Imogen Heap’s studio and stage work. 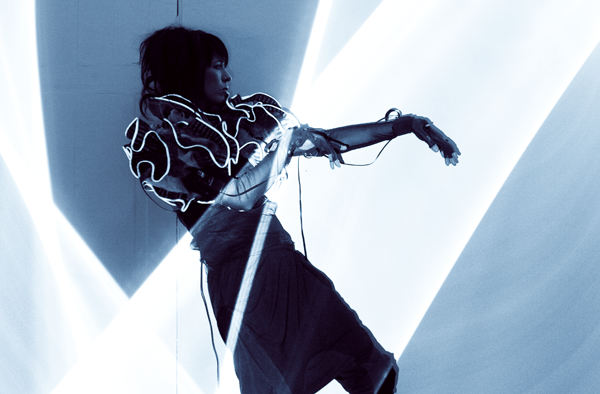 Photo from The Gloves Project

Imogen Heap was frustrated by the limitations of only having two hands to orchestrate her on-stage performances. She often dreamt of a bodysuit that would allow her to interact with various aspects of a musical performance. That dream quickly moved towards a reality after visiting the MIT Media Lab. The Gloves Project was born out of conversations with various members of the team about how to improve functionality for Imogen Heap's studio and stage work.

This is a pretty amazing use of etextiles in drastically changing an artist's ability to create and interact with her art. Check out the Gloves Project for more information. Hannah Perner-Wilson even created an online tutorial to build your own gestural music gloves including a SparkFun wish list of parts!