The Spectacle Audio Board allows you to add sound to your Spectacle projects. It accepts a microSD card with sounds in .ogg format (more on this later), and has a 1/8" (3.5mm) audio jack to connect to external amplifiers. 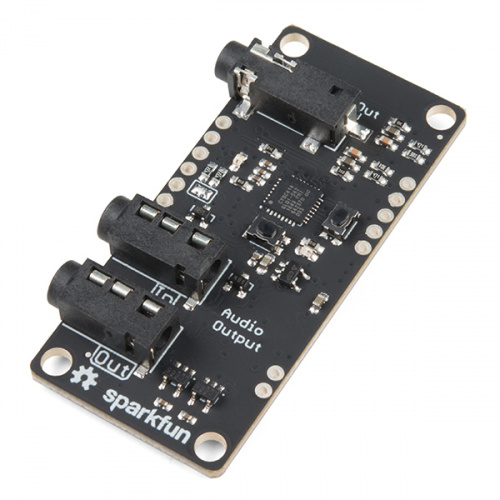 Meet the Spectacle Audio Board

Designed to be a low-cost and easy to use method of adding sound to projects, the Spectacle Audio Board integrates with the rest of the Spectacle ecosystem to provide sound effects on demand.

It has three 1/8" (3.5mm) jacks: two for Spectacle control signals and one for the audio output. Be certain you are plugging cables into the right jacks! Plugging an audio device into one of the Spectacle jacks could cause damage to the audio device. Note that the Spectacle data jacks are directional: the one marked "In" should be plugged into the "upstream" board (i.e., closer to the Director Board than this one) and the one marked "Out" connects to the next downstream board. The "Out" jack is not for audio signals. 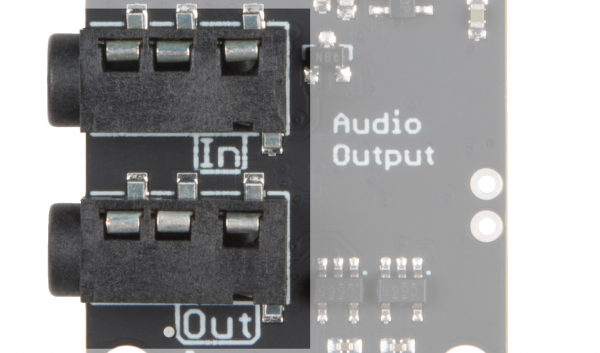 The Spectacle Audio Board uses a Micro SD card to store the audio files to be played. The files should be stored as .ogg Vorbis encoded files. This free audio file format can be played and created on any type of computer. Later in the tutorial we'll show you how to convert from MP3, WAV, or other file formats to the .ogg format. 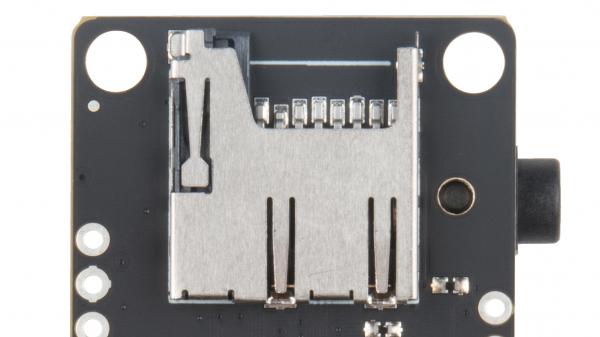 The files must be named by number, which is how they will be referred to from within the configuration application. Filename examples are 00.ogg, 01.ogg, 02.ogg, and so forth.