In this tutorial, we are going to take a simple solar powered pathway light from a department store and rewire it to be a soil moisture sensor. The finished design will turn on an LED when the soil dries up. 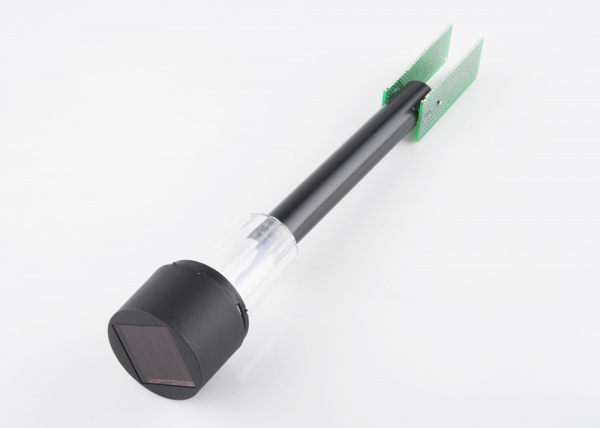 For this tutorial, I purchased a $2 solar pathway light from McGuckins Hardware, but most any standard solar pathway light should do the trick. As far as the circuitry goes, most path lights use a very specialized chip, for which a datasheet can be difficult to find. The chip in my path light was an XY8018 which was set up with an inductor, the solar panel, an LED and a Nickel-Cadmium rechargeable battery. It seems others have had the same issue identifying the IC. While it's always wise to know what you're working with, this project is easy to accomplish without that information.

Other Materials You Could Use: 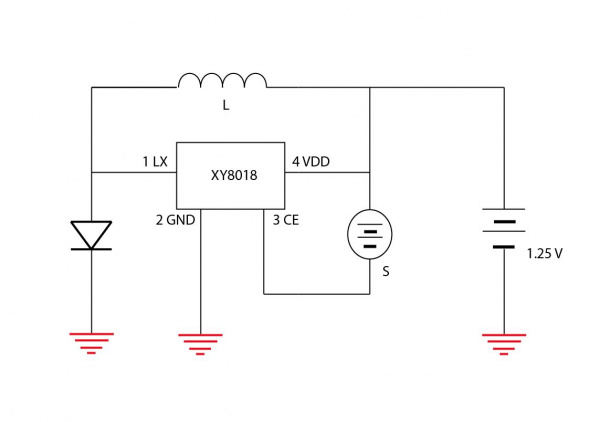 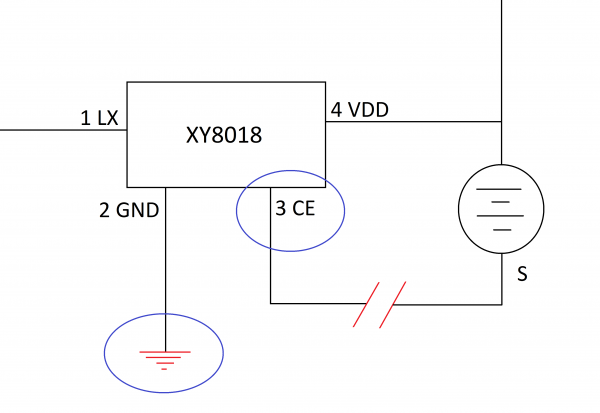 For my probes, I choose to use a small perf board, with all of its holes routed together, on both sides. I chose it because it was what I had laying around and it had a large conducting surface area. I cut it in half to make the two probes. The two halves where then hot glued to the end of the pathway light. Last, wires where piped through the shaft to be soldered to the probes from the main circuit. 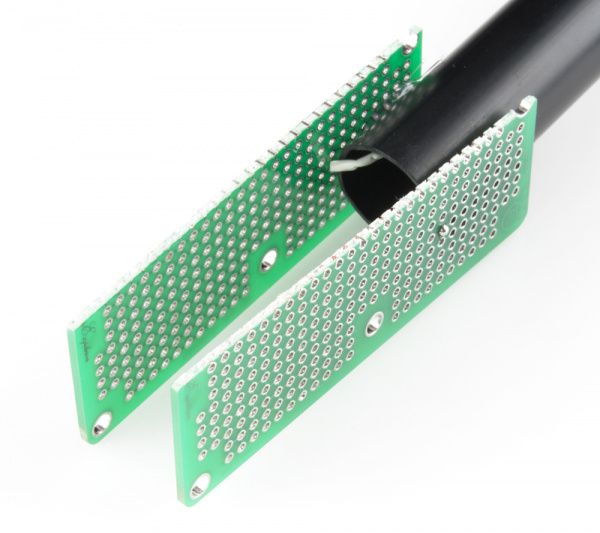 The probes could be made of many other things as well. Galvanized nails, a PCB board with copper tape on them, two steel rods, and other like things would also work fine as probes. Some things you should consider when choosing your probes is how moist your soil will be and if corrosion is going to become a large factor. If so, you might want to go with a metal that is less likely to corrode, such as galvanized steel. Also, you can encase your probes in a gypsum plaster to help prevent corrosion and keep your probes at a set distance.

The good news is that this IC works as is, even with our modification, so it requires no reprogramming whatsoever. That is also the bad news, since you cannot change the threshold at which the LED will illuminate. To change the threshold, you can move your probes closer together or further away. The closer they are, they better they will be at sensing small amounts of water, so the LED will only turn on when the soil is very very dry. The further apart the probes are, the more water that is needed to turn off the LED. Play around with your soil type, and what levels you would like your LED to turn on and off, and decide from there the spacing and possibly what type of probe you would like to use. 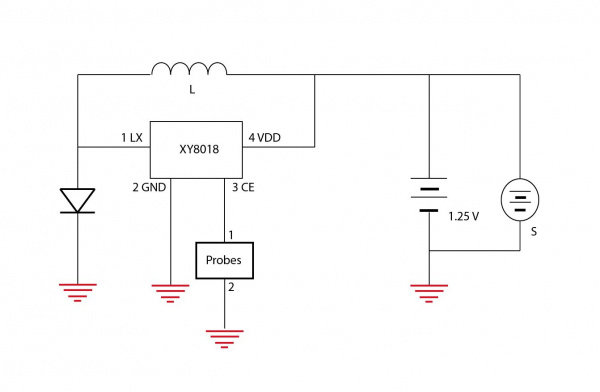 Usually for a more complex circuit, or a different battery such as a Lithum-ion battery, you would not want to hook up the power source directly to charge the battery like this, since overcharging is an issue. Here that issue is small, and even if the battery was overcharge it shouldn't explode or anything, just decrease the lifetime of the battery. So it's not very good practice to wire the solar panel to the battery like this, but for our purposes here it works.

Putting it all together 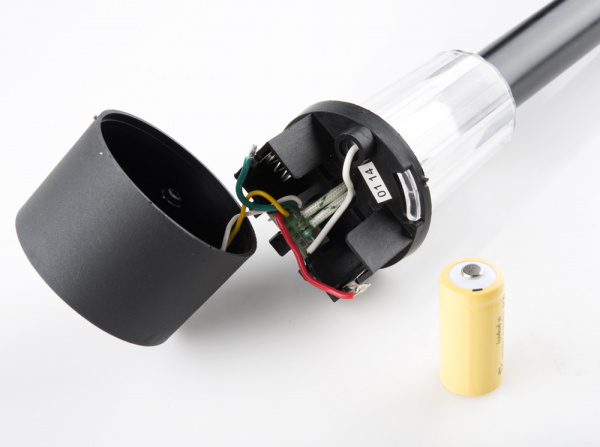 The insides of the hacked soil sensor.

There are many other things you could add to this simple circuit if you like. The main constraint is due to the fact that it's running off of a solar panel and battery, and it can not produce a whole lot of current. Keep that in mind if you decide to build your own version.

There are countless solar pathway lights and a number of ways to hack them. We'd love to see what kind of solar hacks you can come up with.

Want more fun in the sun? Check out these other SparkFun products and tutorials.