Capsense for the Win!

On all of our test jigs, we use the capsense library and two I/O pins on the Arduino to "read" a capsense pad. Rather than going this route on the Raspberry Pi, I opted to put a dedicated capsense IC on the HAT and then just read the I/O like a digital pin to engage programming. 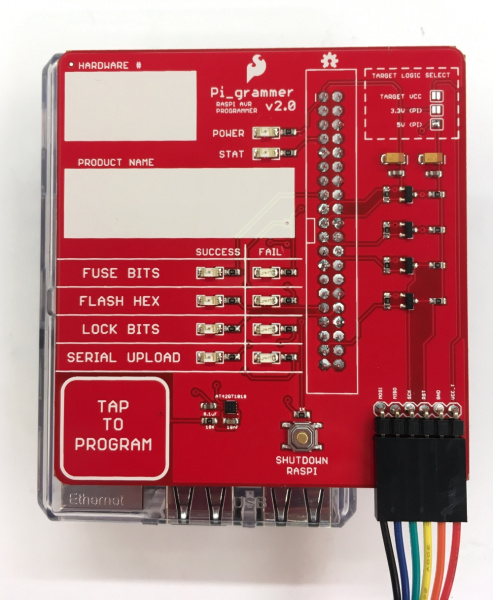 This worked great... until... the darn chip when EOL. Eeek!

It turned out that it was only the specific package of the capsense IC that went EOL, and that the manufacturer was going to continue to make a smaller QFN version of the chip. So we revised the HAT and all is well. This beautiful bin of HATs arrived on my desk. Thanks production!! 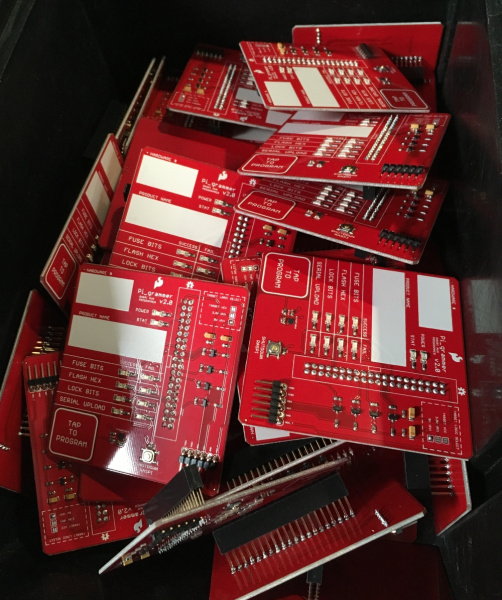 The last step was to slap these HATs on the 60+ Raspberry Pis sitting on my desk and deploy to production! 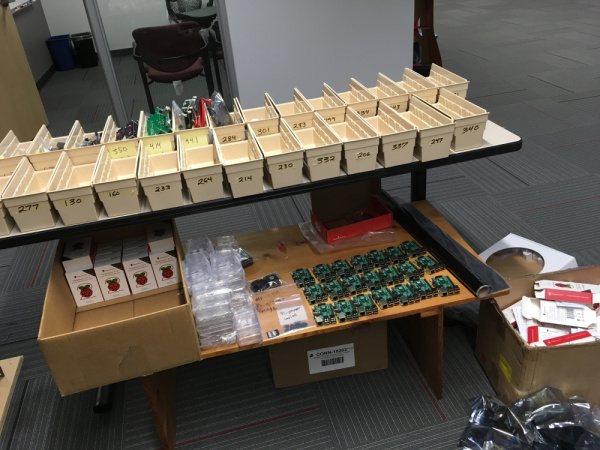