Expanding on Boards with One Qwiic Connector

Depending on the design, there may only be enough room for one Qwiic connector. Below are a few of these boards from the SparkFun catalog

The SparkFun ZOE-M8Q GPS Breakout is a high accuracy, miniaturized, GPS board that is perfect for applications that don't pos…

The SparkFun Power Delivery Board provides takes 5-20V input and produces up to 100W power, so you can use the same power ada…

If you are looking to connect more than one device with one Qwiic connector to your development board, you will just need a Qwiic MultiPort board and an additional Qwiic cable for each device. 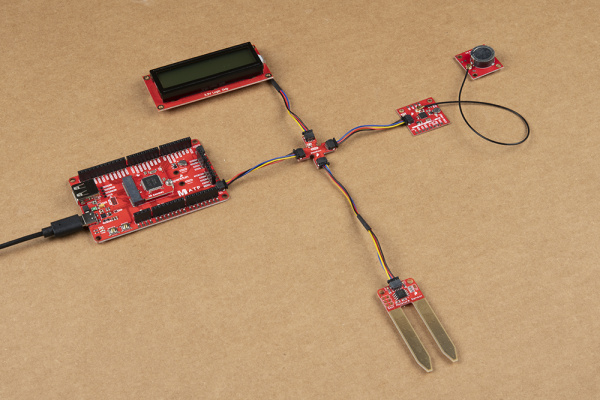 Alternative to a Daisy Chained Configuration

The Qwiic MultiPort can also be used as a hub so that you do not have to place the board with one Qwiic connector at the end of the daisy chain. Below is an example with the Qwiic SHIM Kit for Raspberry Pi. Instead of having the Qwiic 9DoF between the Pi and Qwiic SerLCD, 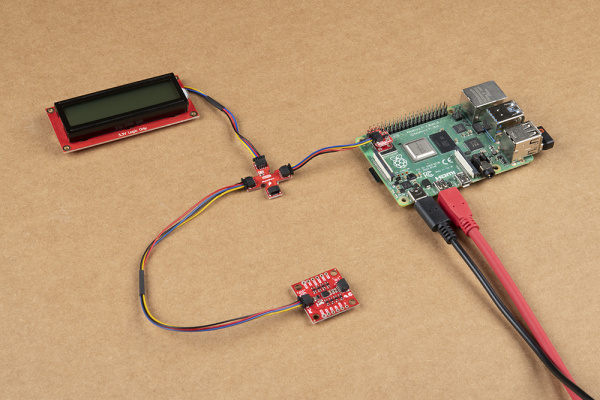 The two boards can be mounted with standoffs for a secure connection. Below is the Qwiic Micro (SAMD21), Qwiic MultiPort, Qwiic GPS (ZOE-M8Q), and a GPS antenna (W3062A) connected stacked on top of each other. They are all connected to the Qwiic SerLCD connect using Qwiic cables (with the exception of the antenna). 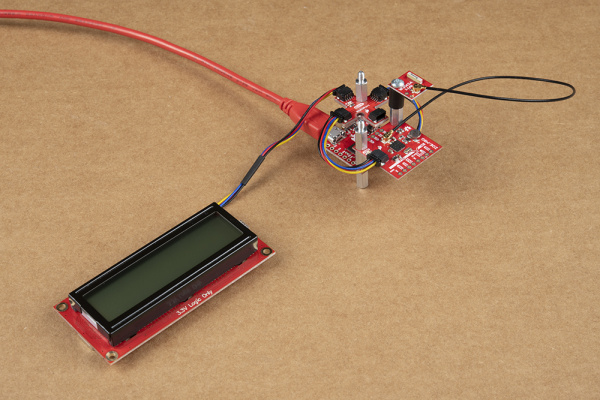