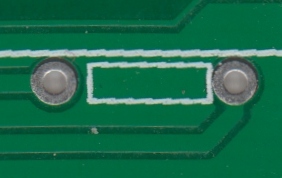 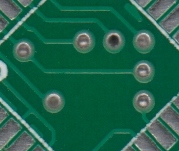 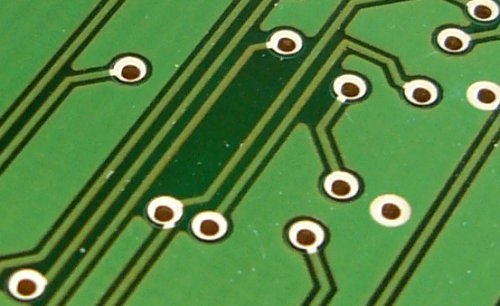 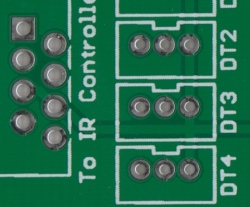 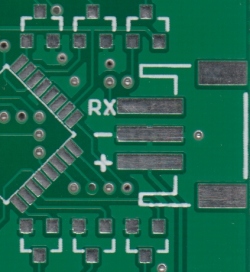 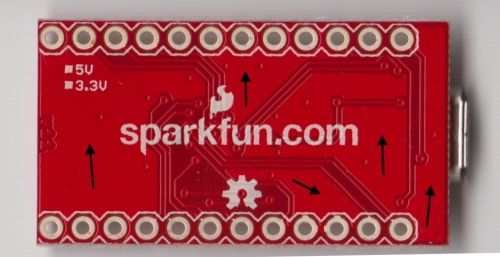 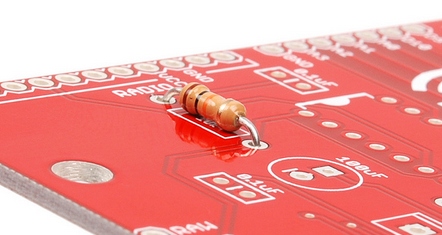 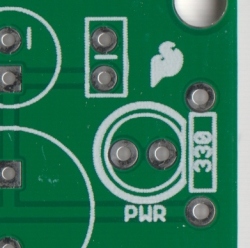 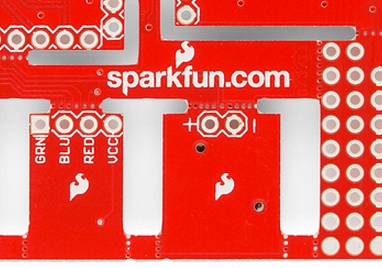 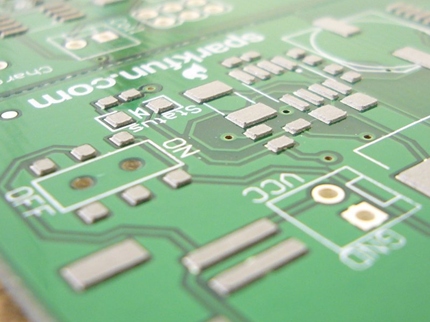 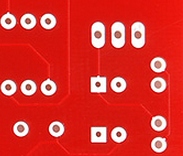 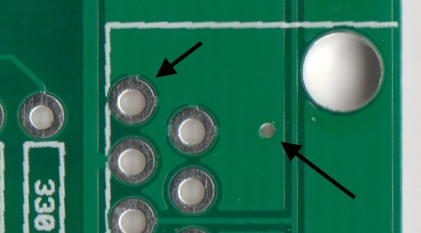 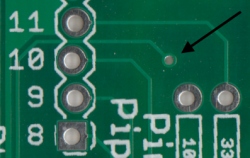 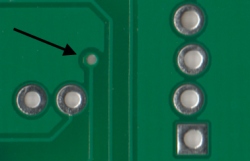 Front and back of the same PCB showing a tented via. This via brings the signal from the front side of the PCB, through the middle of the board, to the back side.
Share
Use this URL to share:

Share on Tumblr Submit to reddi
Share on Twitter Share on Facebook Pin It
View as a single page Next Page →
Designing Your Own!
← Previous Page
Composition
Pages Overview What's a PCB? Composition Terminology Designing Your Own! Resources and Going Further
Comments 2 Single Page Print