The PCA9306 is a dual bidirectional voltage translator for the I2C-bus and SMBus. It works at a range of voltages between 1.0 and 5.0V and doesn't require a direction pin to function. 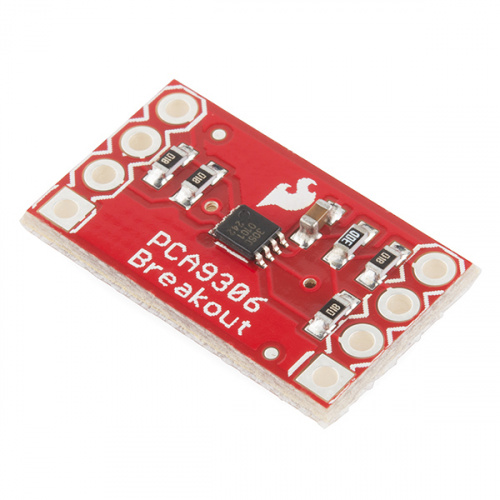 This is a breakout board for the PCA9306 dual bidirectional voltage-level translator. Because different parts sometimes use d…

This is a great board for shifting voltages between sensors and your microcontroller.

These level converters are pretty easy to start using, but you may want to check out some of the additional reading material below if you are unfamiliar with logic level shifting or haven't worked with Arduino boards prior to this.

An introduction to I2C, one of the main embedded communications protocols in use today.
Favorited Favorite 122
Share
Use this URL to share: