Software Serial and SPI On Other Microcontrollers

The demo code was originally designed for the ATmega328P on the Arduino Uno. If you were using it with ATmega2560 (i.e. Arduino Mega 2560) or ATmega32U4 (i.e. Arduino Leonardo, Pro Micro 5V/16MHz, Pro Micro 3.3V/8Mhz, FioV3, etc.), you would need to re-configure the software serial pin definitions and adjust the connections. Not all the pins can support change interrupts for a serial Rx pin depending on what Arduino microcontroller is used. You will need to redefine pin definitions and reroute the connection.

For more information about the limitations, try looking at the Arduino reference language for the Software Serial library.

To use the GPS logger shield on an Arduino Mega 2560, you would just need to adjust the software serial pin definitions in the code where it says:

Let's change the software serial pins by using the analog pins A9 and A8, respectively.

Once you adjust the code, make sure to rewire your connections. Cut across the trace between the plated through holes using a hobby knife. There is a red solder mask above the trace so make sure that the trace is completely cut. 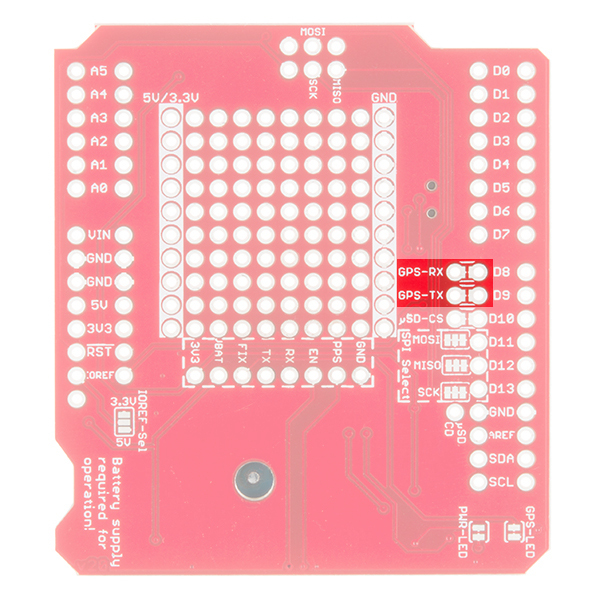 Once the trace has been cut, solder header pins or wires to the plated through holes. To easily switch between different development boards, female headers were added. 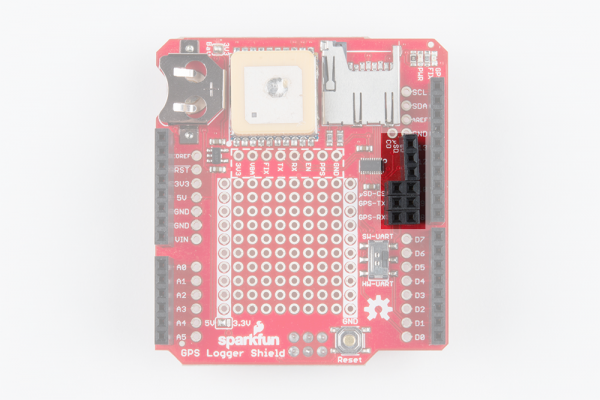 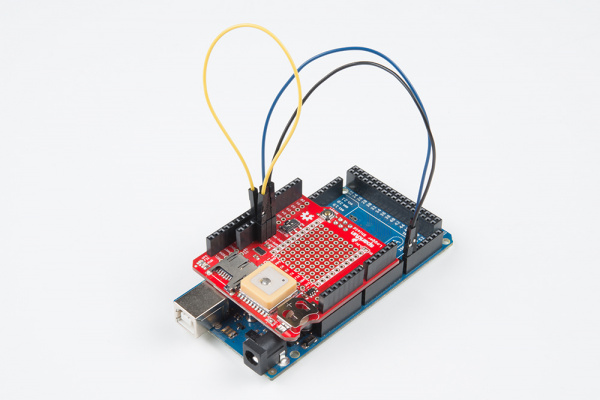 The demo code was originally designed for the ATmega328P on the Arduino Uno. You would only need to worry about adjusting the SPI pins if you were using the CSV_Logger_TinyGPSPlus.ino logging example. Just like software serial, you would need to reroute the connection.

For more information about the limitations, try looking at the reference language for the SPI library.

To use the GPS Logger Shield on the Arduino Mega 2560, you would just need to reroute the SPI pins. Using a hobby knife, cut the trace between the center and right pads for MOSI, MISO, and SCK. 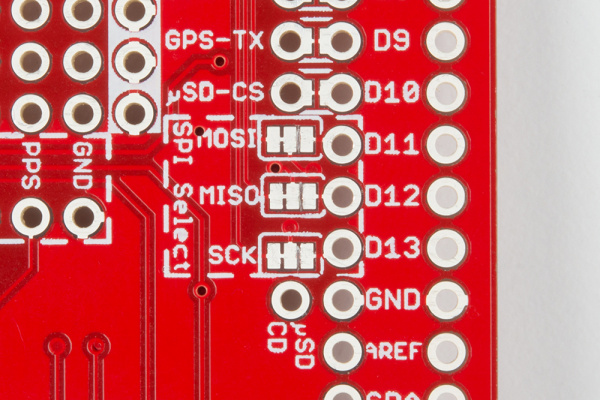 Looking closely, you'll see traces cut on all three SPI lines between the middle pad and D11, D12, and D13. That disconnects the µSD lines from those pins -- leaving them connected to the SPI header.

Once cut you have the option of soldering one 2x3 female header or two 1x3 stackable headers to the ICSP pins.

This is a simple 3 pin female PTH header. This header is in a configuration that makes it ideal to be used with the [MyoWare …

This is a simple 2x3 female PTH header. This header is in the common configuration for an ISP connector. Each pin has a spaci…

Make sure to solder from the top side of the shield so that the female header pins face down toward the Arduino's ICSP pins. 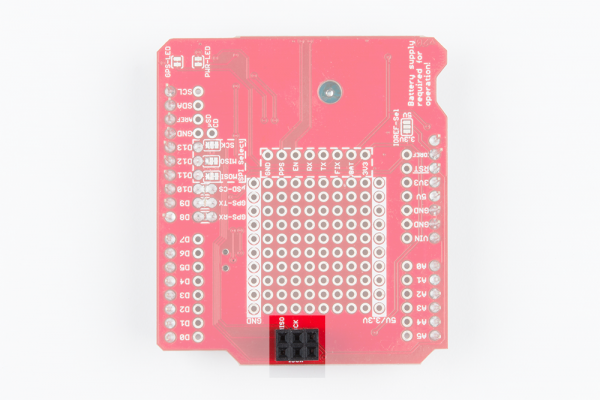 Once the headers are soldered, stack it on the Arduino Mega 2560 and reroute the software serial pins. The CS pin can be cut and rerouted to another pin on the microcontroller. However, the default trace on pin 10 will still work.