Getting Started with the AutoDriver

The AutoDriver board is designed to be easily integrated into a project, even with multiple boards. Here's a brief tour of the hardware and how to connect it up. 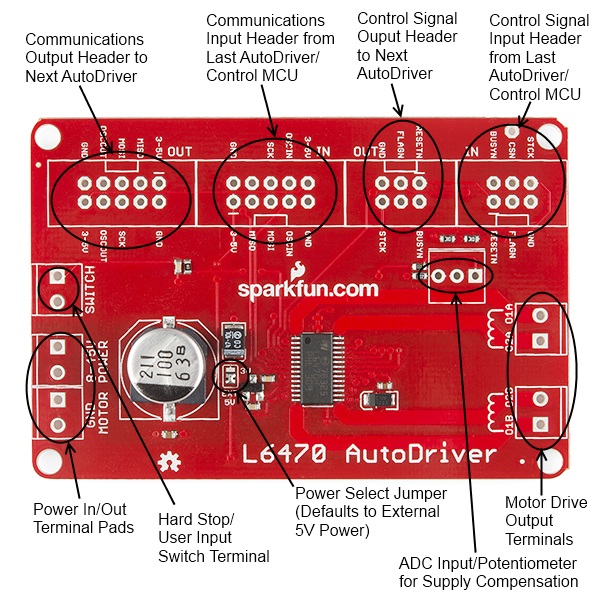 As you can see above, there are several connectors on the board. Let's take them one at a time:

An Example Connection to a RedBoard 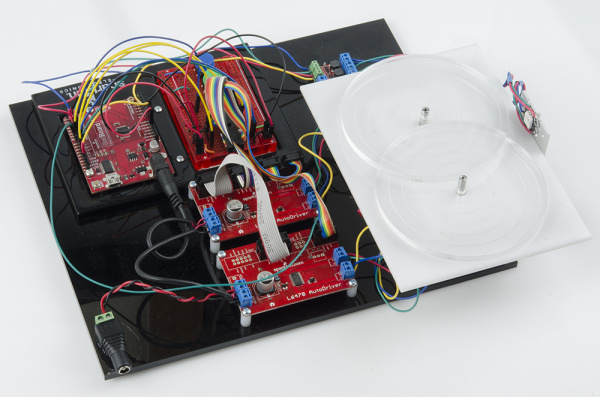 Later in this tutorial, we will show you how to hook up two AutoDriver boards to a RedBoard. For that example, you'll need two AutoDriver Boards along with the following: