The AutoDriver board is based on the STMicro L6470 dSPIN stepper motor driver. This powerful chip allows you to control a stepper motor with a voltage from 8-45V at 3Arms over an SPI connection. 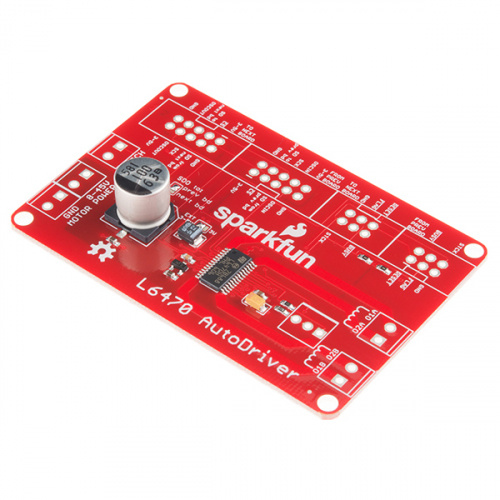 Compared to traditional step/direction motor controllers, it offers a number of advantages:

The primary disadvantage of the L6470 is that it requires a great deal more configuration and adds software complexity to your system. This hookup guide will attempt to relieve some of that difficulty.

Differences in v13 of the hardware

The library has changed as well, although it is possible to use the new library with the old revisions. The main addition to the library is an index parameter which is passed to the class constructor, allowing the user to specify where each Autodriver board is in a chain. Pin and SPI configuration were moved out of the library, as well, allowing for the use of SPI ports other than the main port on devices with more than one SPI port.

Before you get started, you may want to look at these other tutorials to get you headed in the right direction: