Let's look a bit closer at each of the main components. 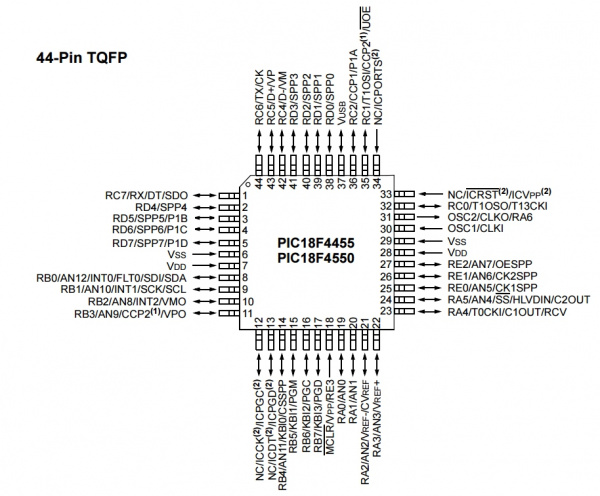 The brain is a PIC18F4550 running at 8MHz and 3.3V. The 3.3V regulator has a single decoupling cap. A very basic configuration and could probably handle larger voltages like 12V without getting too hot.

Pinout and PIC connections to the 25P16VP. The labels to the edges indicate how the IC is found wired in circuit. For example Q is wired to MISO/A5 on the PIC.

The IC labeled 25P16VP seems to be a NOR flash memory from ST/Micron with a full part# M25P16. Curiously, this part is being End-Of-Lifed (EOL). EOL notice is here dated December of 2016 with last shipment dates into 2021. Perhaps they are using this part because it is super common and/or super cheap. The EEPROM VCC is 3.3V which follows why the board runs at 3.3V (along with the 3.3V Bluetooth module). 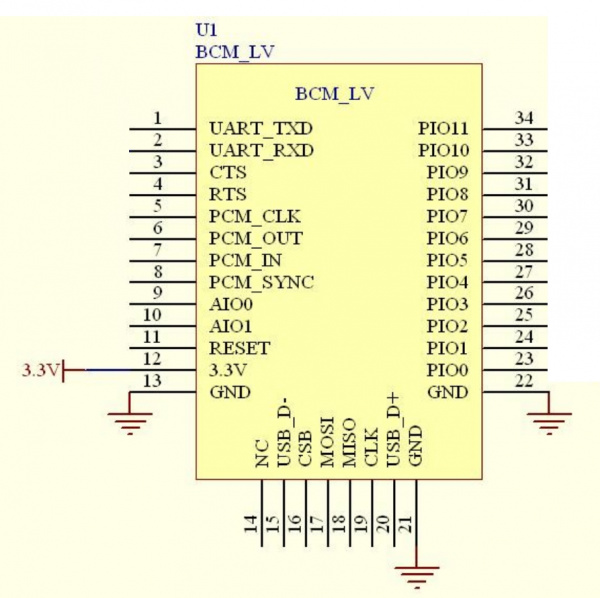 Recommended pinout for the HC-06

Above is the recommended wiring of the module showing various pin connections. Toning out the connections to the module, everything is pretty standard and expected. PIO11 on the skimmer is curiously tied to GND with a 10K. There is an LED on PIO8. Here is a good breakdown of all the various Bluetooth module revisions from the HC-01 company.

Querying the module over the air we found the Bluetooth module has all the default settings in place. The designers of the skimmer never took the time to modify the settings:

Did you get that? All three devices we found have the defaults in place. This means a few things:

Astute readers see where we are headed...

Initially this blew my mind. If I were to design a bluetooth skimmer I would program the module to NOT broadcast its ID, I would change the ID to something only I knew, and I would change the password from 1234 (headsmack). I would then create an app that knew the IDs of my various bluetooth IDs and connect to them privately (without publicly broadcasting their IDs). But then a few things struck me:

Years ago it took someone with knowledge and skills to build a credit card skimmer. Now criminals are buying these off the shelf with very little knowledge and slapping them together. It's basic user design theory: when your customer is not so smart make it idiot proof so they don't contact you for support. The designers of this skimmer were smart, it's better to make these devices easy to connect to than to add a layer of security. What's the worst that could happen? The device is detected and removed from the pump. Meanwhile, 10 more have been deployed for a total cost of $100.