Let's start with a couple of definitions.

Discrete
1. Separate; distinct; individual; non-continuous.
2. That can be perceived individually and not as connected to, or part of something else.
3. (electrical engineering) Having separate electronic components, such as individual resistors and inductors — the opposite of integrated circuitry.
Discreet
1. Respectful of privacy or secrecy; quiet; diplomatic.
2. Not drawing attention, anger or challenge; inconspicuous.

If you do anything with electronics, you're probably already using transistors, but you're probably using them in large, highly-integrated clusters. For example, the ATMega328P (the main chip on the RedBoard and ProMini) contains hundreds of thousands of them. They're tiny, encaplsulated in plastic, and already configured to be used as a microcontroller.

But sometimes you only need one...and if you don't have one handy, it can be inconvenient to have to go and order a single transistor. 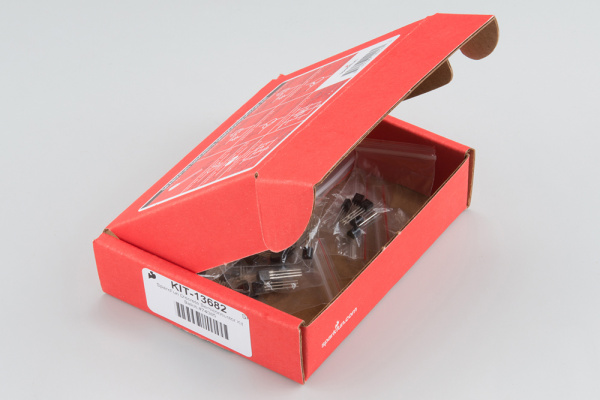 What's in the Discretes Kit? 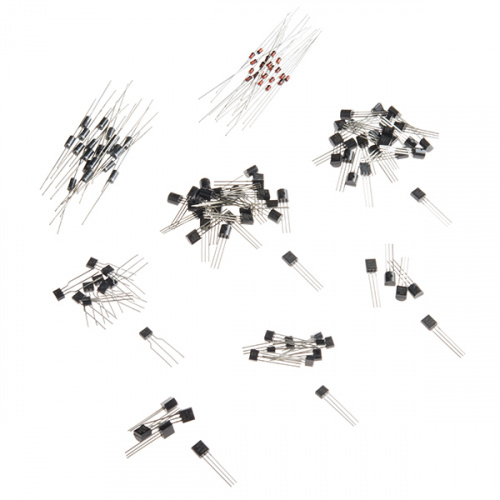 This guide will walk you through identifying each of these components. 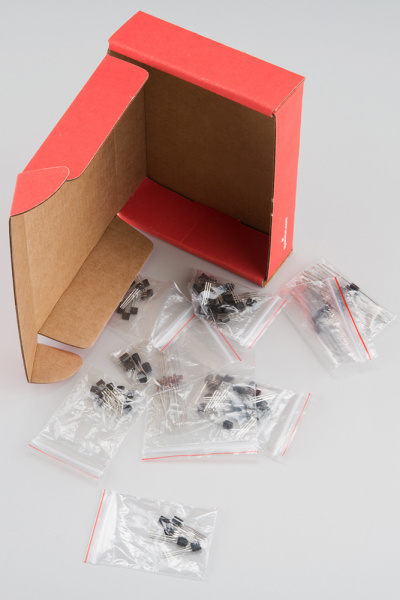 Spilled Onto The Workbench

You will find the following parts in the kit.

A lot of these parts look very similar. The "marking" column above indicates the designation that you'll find printed in the part itself. With the exception of the MOSFETs, the marking usually contains a version of the part number. Some parts may also have additional symbols or printing, indicating things like the manufacturer and date of production.

The BJTs, voltage references and regulators are all the common TO-92 form factor, with a body about the size of a pencil eraser, and three protruding legs. The MOSFETs are the slightly smaller SC-72 (AKA "Single SPA") package. 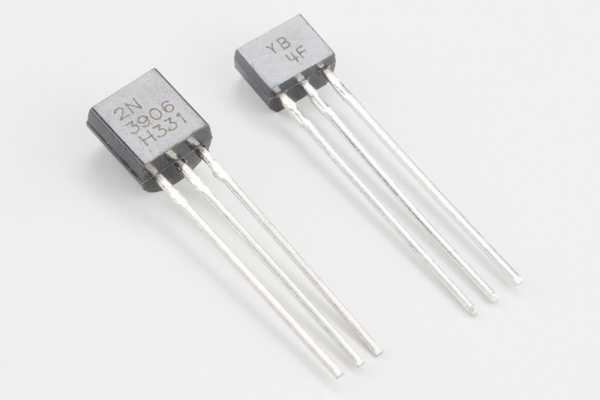 Comparison of TO-92 and SC-72 Packages

The polarity of these devices is important, and usually referenced by pin number.

To identify the pins, hold the device so that the marking side is factng you, and the legs are pointing downwards. From left to right, the pins are numbered 1, 2 and 3. The function assigned to each pin depends on the device, and we'll cover that for each part in its respective section. 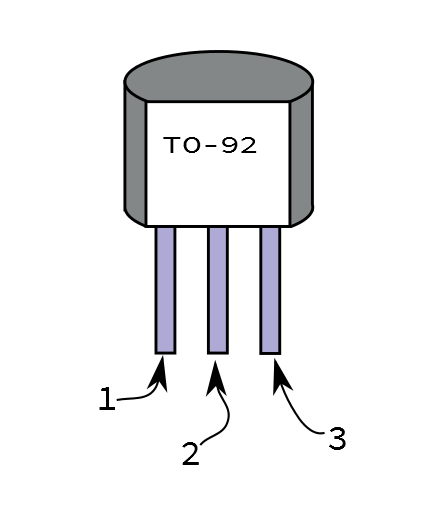 Because discrete semiconductors are a basic building block of electronic circuits, they have much more detailed specifications than other components. A critical parameter in one application might be nonsensical in another. This makes it hard to present an abbreviated synopsis of part specs. Rather than listing some parameters inline, we've instead decided to make it easy to access the parametric information, by linking the part numbers in the table above table to the corresponding datasheets.

The diodes are the simplest semiconductors in the kit, each with two leads. They are both silicon diodes, generally similar, but with different maximum voltage and current specs.

The 1N4004 power diodes are black cylinders with grey markings, and they're larger than the small signal diodes. There are 20 of them in the kit. The marking "1N4004" is printed on the body. 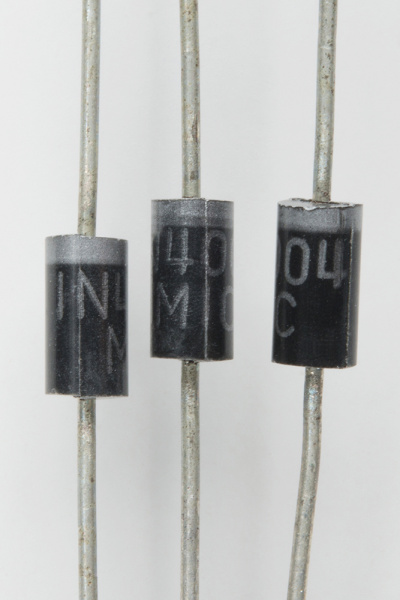 Since these are power diodes, they can withstand high voltage and current. They are rated to 400V maximum reverse voltage, and and average rectified current output of 1A. The forward voltage required to turn them on is a touch high, at a maximum of 1 Volt. Casual testing of the forward drop on the workbench revealed the actual forward voltage to be somewhat lower, around 0.7 V.

There are also 20 pieces of the 1N4148 small signal diode. It is smaller than the power diodes, with an orange glass body, again with a stripe at one end. 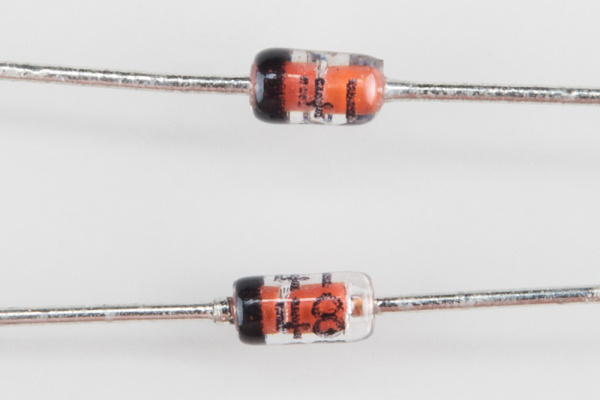 "4148" is printed on the body of the diode, but because the body is clear, the number can be hard to see.

These diodes are suited for applications that don't require high voltage or current. They're rated to 100V maximum reverse voltage, and average forward current of 200 mA. Like the power diodes, the stated max forward voltage is 1V, but typically measures closer to 0.65V. Typical applications include diode logic or precision rectifiers. 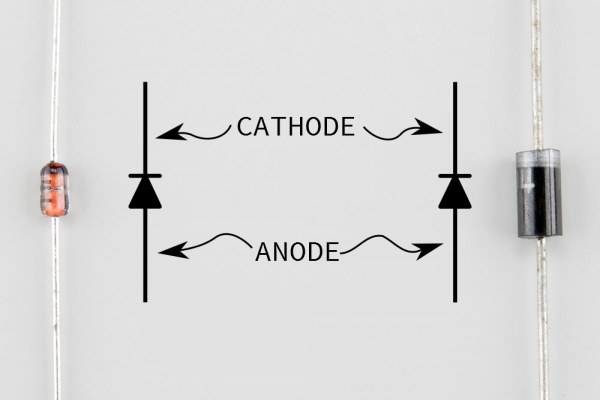 Once the forward voltage is exceeded, current flows through a diode from anode to cathode. This leads us to some mnemonic devices for remembering with terminal is which. 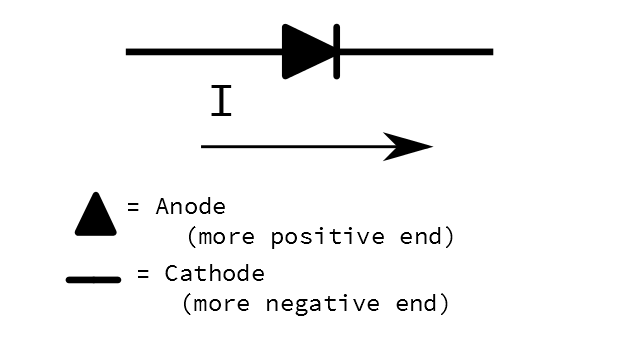 Remembering How a Diode is Drawn 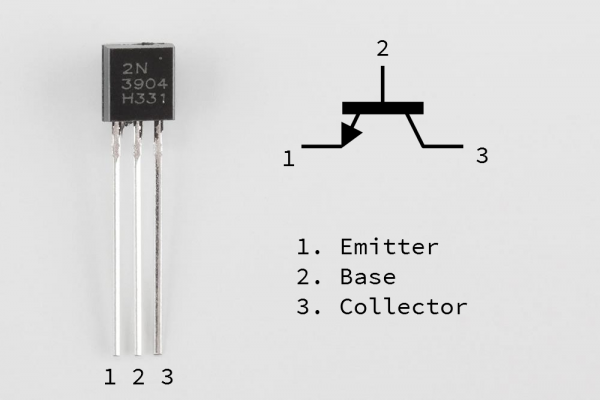 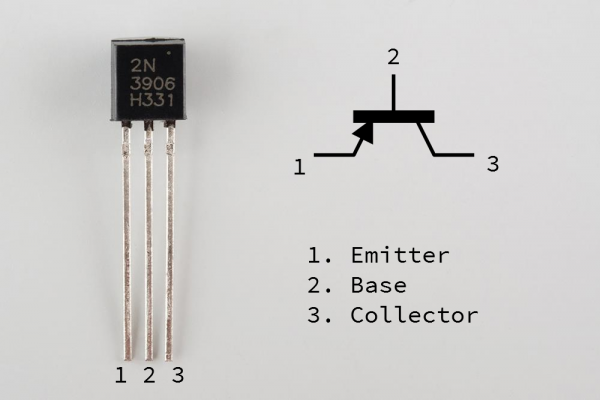 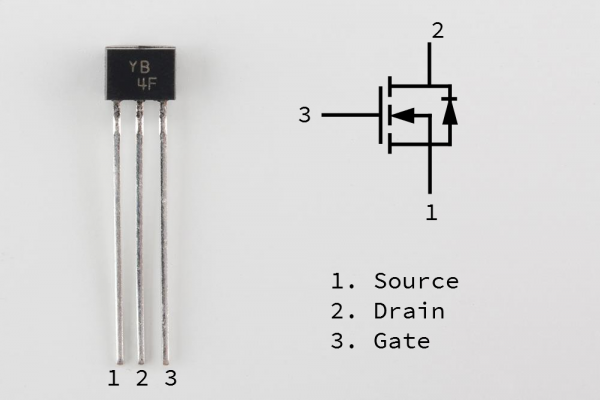 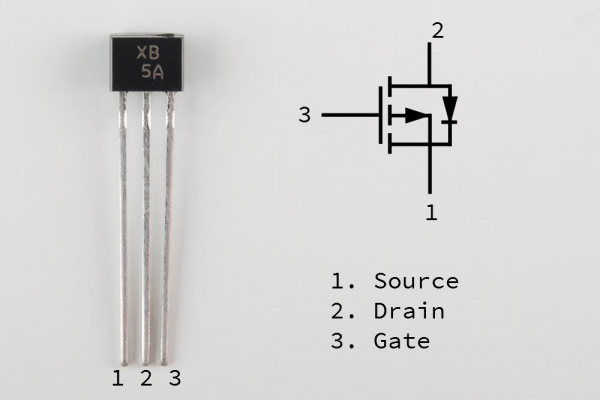 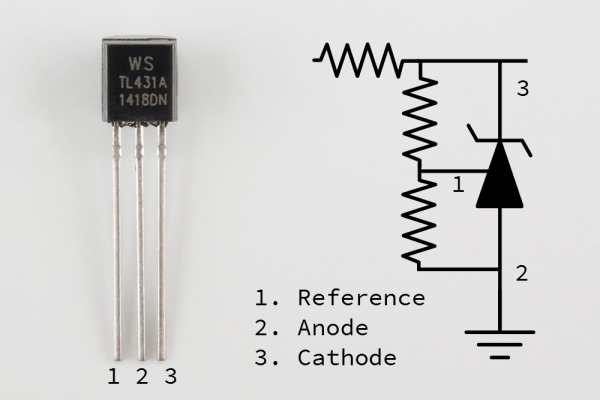 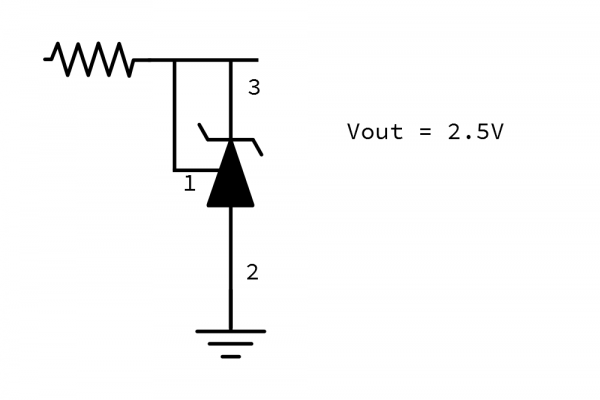 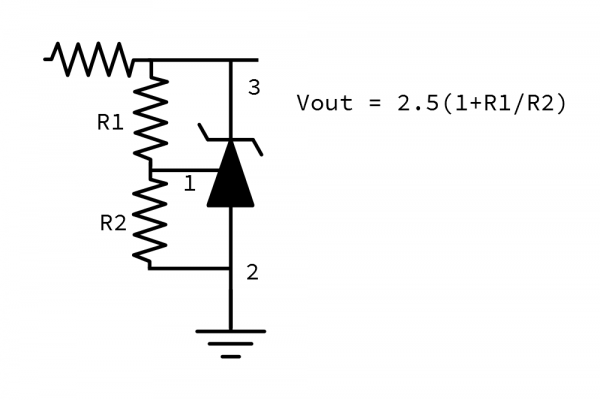 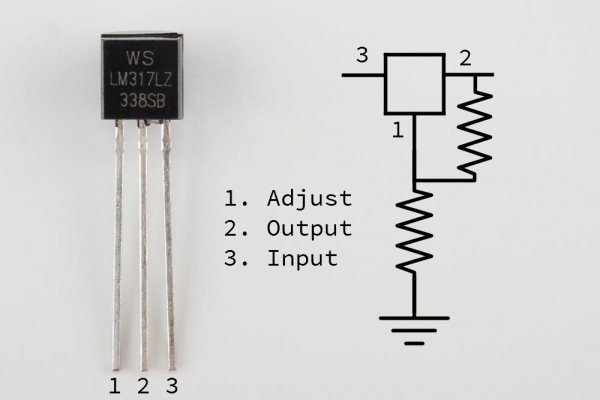 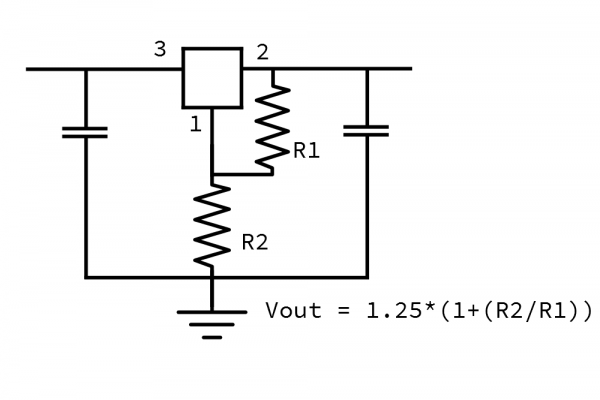