LDK Experiment 5: Make Your Own Switch

In making a switch, we’re trying to create a connection that we can engage that will stay engaged until we disengage it. Much like a light switch, we will turn it on, and it will stay on until we turn it off. 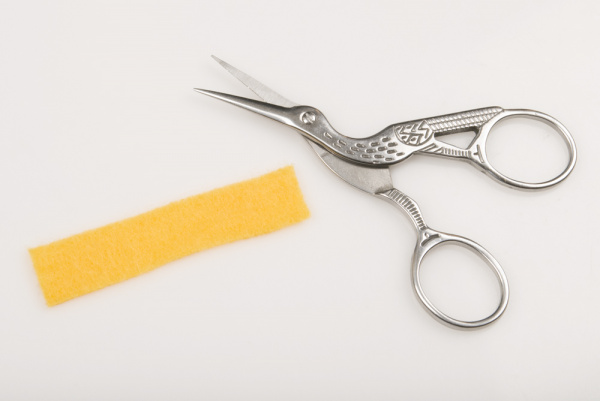 Start by cutting a small strip off of your felt, about half an inch wide and 2-3 inches long. 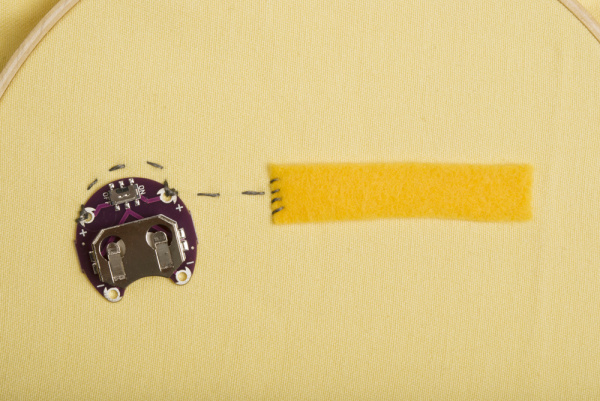 Place your battery holder where you’d like it, and stitch the positive pins to the fabric and each other with conductive thread. Continue the trace another inch or so in the direction you’d like your LED to go. Lay down the strip of felt you cut with one thin end next to your trace and the other thin end pointing towards your planned LED location. Sew a few stitches around the close edge of the felt, attaching it firmly to the fabric. 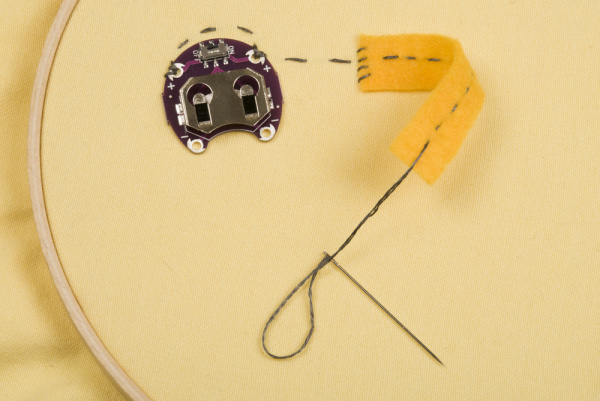 Continue the trace up the length of the felt, no longer stitching through the fabric. This should result in a strip of felt attached at one end to the fabric, free along the rest of its length, with a trace of conductive thread all the way up. 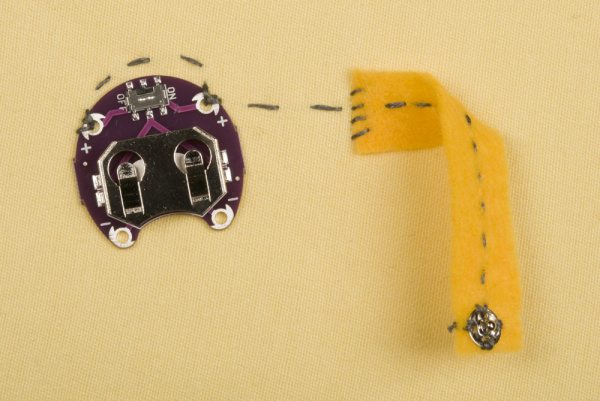 At the detached edge, where your trace stops, stitch the male (the one with the bump sticking out) side of the snap to the bottom of the felt strip. The bump should point towards the fabric. There are small holes around the edge of the snap to allow it to be sewn down. When it’s firmly attached, knot and cut the thread. 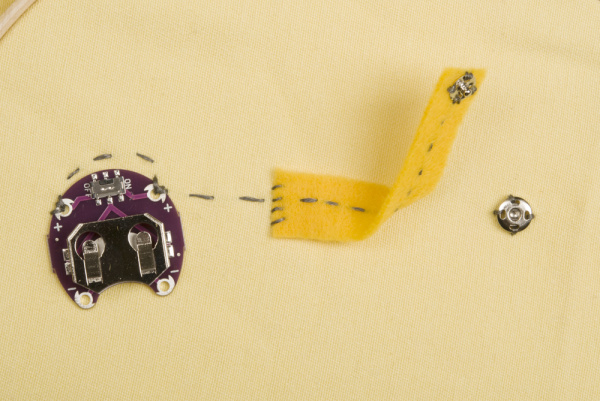 Beginning a new trace, sew the female side of the snap, with the hole facing up, to the fabric below the male side. This should allow the two snaps to mate when the felt strip is at full extension. 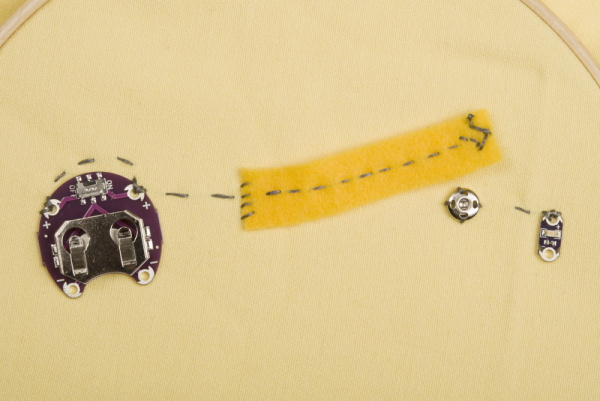 Stitch from the snap to where you’d like the positive pin of the LED to be, and sew the LED down. Knot and cut your thread.