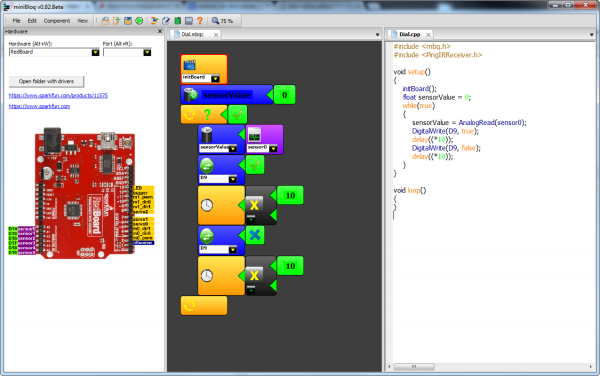 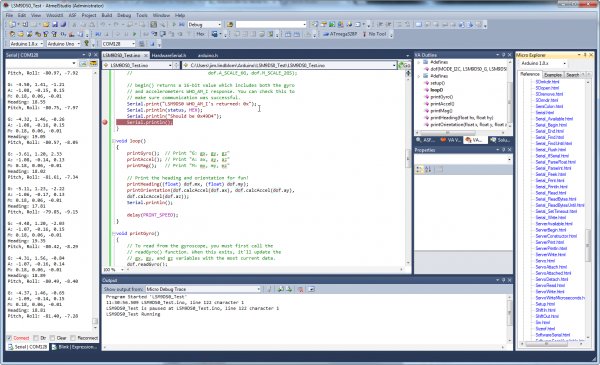 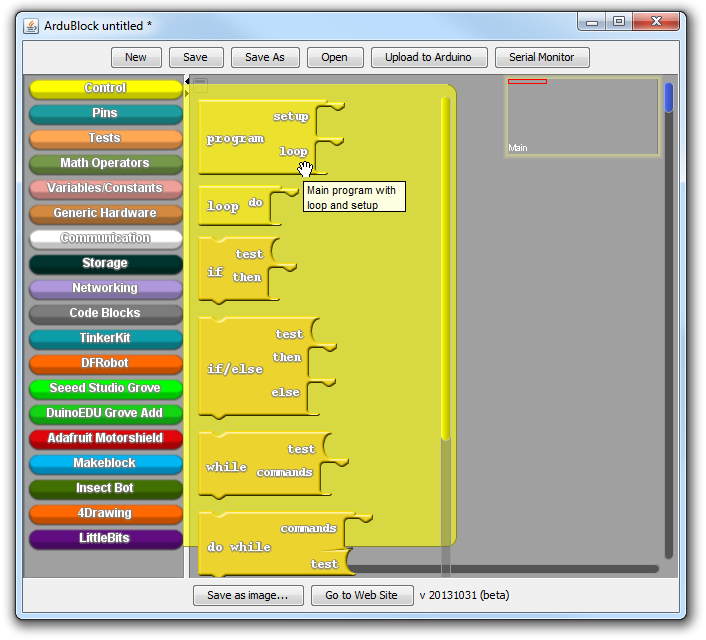 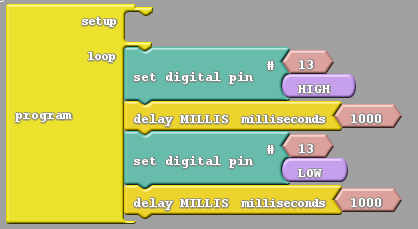 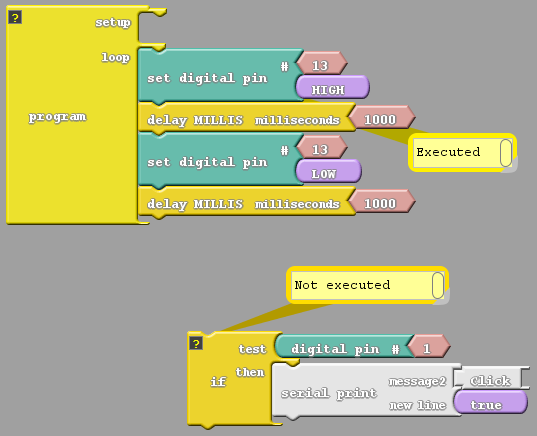 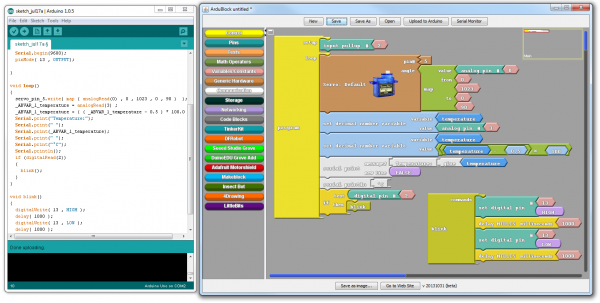 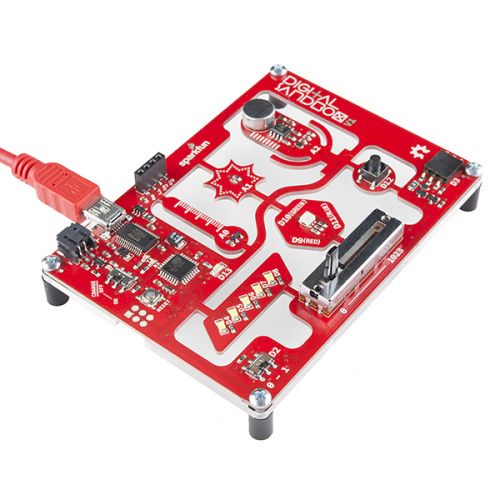 Minibloq is a visually-driven programming environment for Arduino and other physical computing devices. Instead of tearing your hair out over syntax, variable types, compilation errors, and the other annoyances of code, Minibloq allows you to construct your program using a series of graphic blocks. 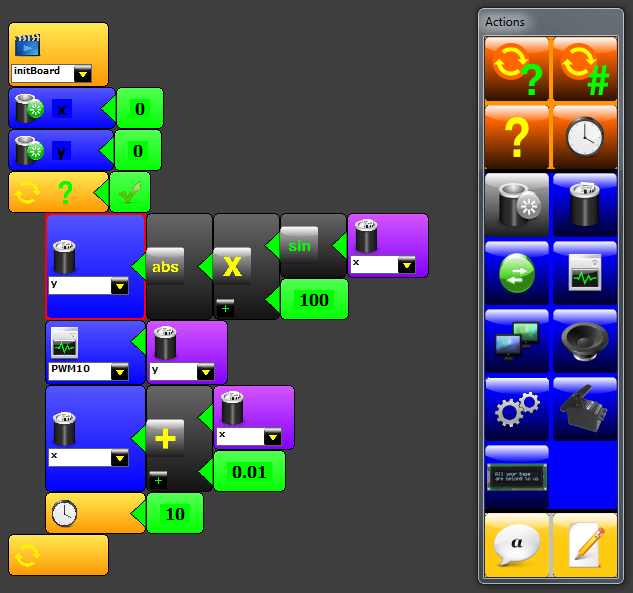 Beyond the gentle, visual introduction to programming, one of Minibloq's coolest features is its real-time code generator. As you add blocks to the Minibloq drawing, an equivalent line of code will be generated in the next window over. This is an excellent tool if you're looking to make the leap from graphic programming languages to text.

Minibloq has a major focus on robotics. It includes support for popular robotics platforms, like Multiplo and our RedBot Kit.

Head over to the Minibloq download page to grab the latest version. Be aware that, for now at least, Minibloq is (mostly) only Windows compatible.

By default the interface is split into three columns -- hardware view, Minibloq editor, and code editor. On the main toolbar up top, you can choose which columns you want to display or hide.

The hardware section allows you to pick your Arduino-compatible board among options including RedBoard, Arduino Uno, Arduino Leonardo, RedBot Kit, and others.

The middle, Minibloq editor window is where you'll spend most of your program-building time. This view works hand-in-hand with the detatched "Actions" window, where you click buttons to add blocks to your program.

Finally, there's the "Generated code" view on the right, which is the most powerful learning feature of Minibloq. It's a huge aide in easing the transition from visual programming to "coding" programing.

Creating a Minibloq drawing takes some time to get used to. Try creating a blink program to get a feel for it: 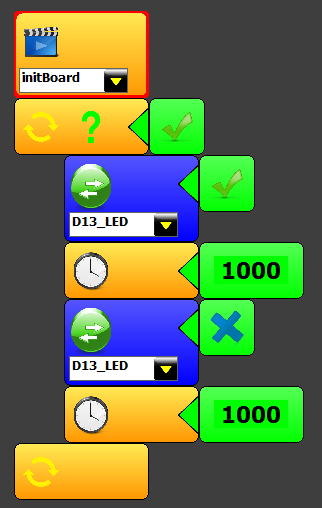 Then check out some of the included examples by going to File > Examples. Among the many example sketches are a collection of SparkFun Inventor's Kit and RedBot Kit specific programs. Check 'em out! 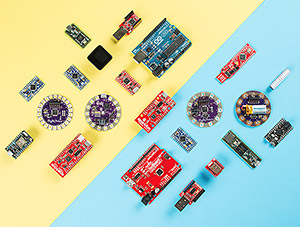