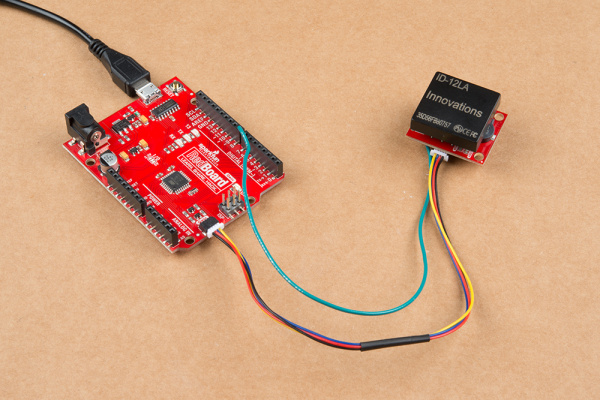 Note: The Qwiic system has a logic level of 3.3V. I have attached the interrupt to pin 8 on the Redboard Qwiic even though the pin is at 5 volts. This will not harm the Qwiic RFID because we're doing a simple digitalRead() but also because the ATTiny84 is tolerant of voltages up to 5.5V.
Share
Use this URL to share: