A path is the name of a file's directory, which specifies a unique location in a file system. Whereas, the PATH system variable ($PATH), specifies a set of directories where executable programs are located. This allows software applications to access commonly executed programs.

There are different methods for modifying the ($)PATH variable on various operating systems. The directions below are based on the most common methods for each operating system. For more information, just use your favorite search engine with the keywords: path system variable along with <the name of the OS you are working on>. 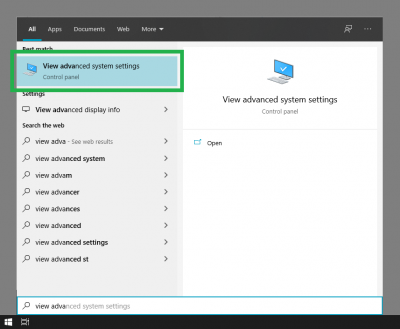 Searching view adva from the taskbar ⊞ Start menu, to access the the System Properties window. (Click to enlarge)

Once the System Properties window has been pulled up, select the Environment Variables... button from the Advanced tab. 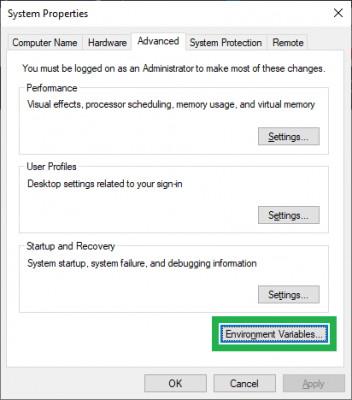 Within the Environment Variables window, select the Path variable from the User variables for <username> section. Then, select the Edit... button to configure the PATH system variable. 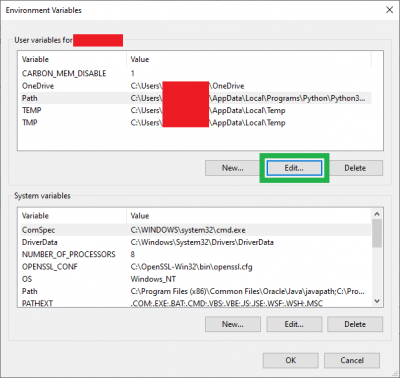 From the PATH Edit environment variable window, select the Browse... button. Once the pop-up dialog box appears, navigate to the folder containing the executable file to be included in the PATH system variable. 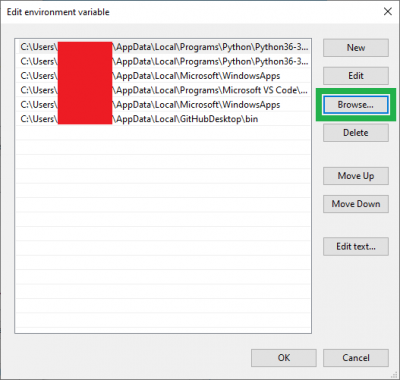 Adding a directory to the PATH system variable. (Click to enlarge)

Mac OSX and Linux Based Systems

On Mac OSX and linux based systems, users can display the paths for the $PATH system variable by entering echo $PATH into the terminal.

Note: The commands below use the GNU nano text editor. Feel free to use another text editor of your choice (such as vi for Vim).

To modify the variable:

Displaying paths of $PATH variable and accessing the ~/.profile file for modifications. (Click to enlarge)

That’s it! To verify the changes, in a terminal window, type: echo $PATH

Note: Another common method is to use the export command in the terminal.

Looking for some additional programming related tutorials? Check out the guides below:

We admit the Arduino IDE isn't for everyone. Here are some other options for programming your Arduino boards, including web interfaces and graphical programming languages.
Favorited Favorite 23

Add sound effects to your project, prop or costume with Papa Soundie Audio Player.
Favorited Favorite 3
Share
Use this URL to share: