Push-button switches are the classic momentary switch. Typically these switches have a really nice, tactile, “clicky” feedback when you press them. They come in all sorts of flavors: big, small, colorful, illuminated (when an LED shines up through the button). They might be terminated as through-hole, surface-mount, or even panel-mount. 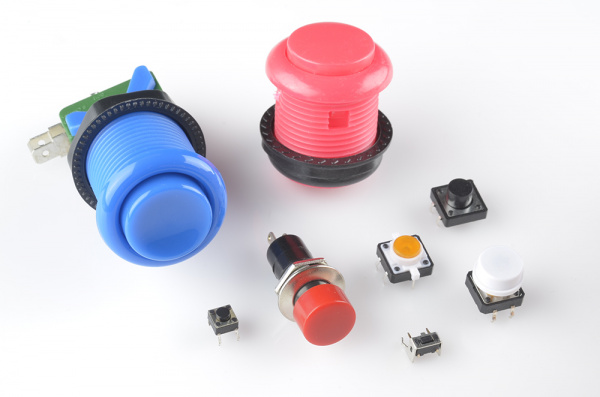 Large arrays of momentary buttons, like your keyboard or even smaller groupings like a keypad, usually arrange all of their switches into a big matrix. Every button on the pad is assigned a row and column . This requires some extra button-press-processing on the microcontroller end, but frees up a big chunk of I/O pins. 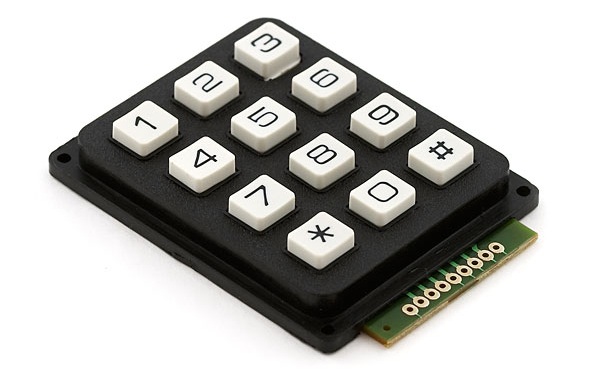 Momentary switches don’t always have to be actuated by a pushdown. It could be push-sideways, like the movement action in a handful of joysticks. 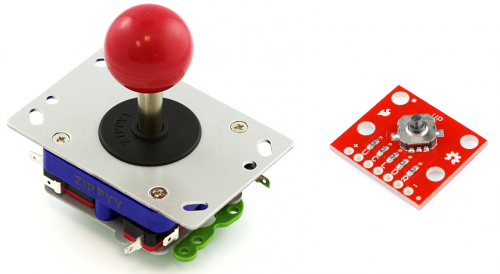 An arcade joystick uses four microswitches to sense up, down, left and right movements. The tiny little surface-mount 5-way tactile switch is an SP5T directional switch (up, down, left, right, and press-down).

On the other end of the spectrum, reed switches open or close when exposed to the presence of a magnetic field. These are great for making a non-contact switch.