Need a really basic, no-frills ON/OFF or selector switch. Slide switches might be for you! These switches have a tiny little nub which protrudes from the switch, and it slides across the body into one of two (or more) positions.

You’ll usually find slide switches in SPDT or DPDT configurations. The common terminal is usually in the middle, and the two select positions are on the outside.

When you hear toggle switch, think “fire ze missiles!”. Toggle switches have a long lever, which moves in a rocking motion. As they move to a new position, toggle switches make a really satisfying “snap”. 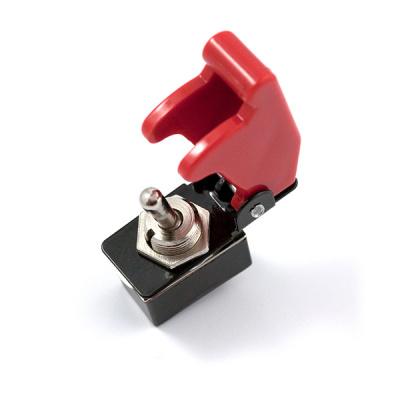 Missle-launch covers are a must when using toggle switches. 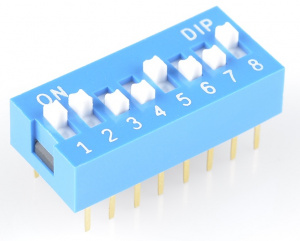 These switches often come in arrays of eight or more separate SPST switches, with tiny little sliding levers. They were widely used in the olden days of computing, but they’re still useful for configuring a devices via hardware.

Push-buttons aren't all momentary. Some push-buttons will latch into place, maintaining their state until pressed again latching back to where the started. These can be found, for example, in stomp switches on guitar effect pedals. 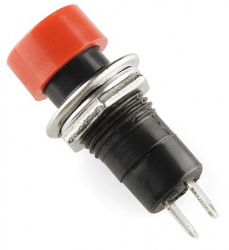 We've barely started to cover the huge variety of maintained switches out there. There’s pull-chain switches, which add a really classy touch to your project. Key-switches, for when you don’t want just anybody turning on your killer robot. Rotary switches -- like those on a multimeter -- provide a unique input device, especially when you’ve need a high number of throws. 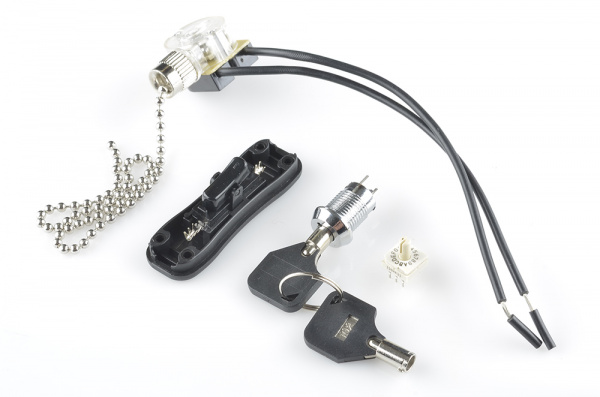 And, of course, what mad scientist could live without a big ol’ knife-switch?