In order to change from one state to another, a switch must be actuated. That is, some sort of physical action must be performed to “flip” the switch’s state. The actuation-method of a switch is one of its more defining characteristics. 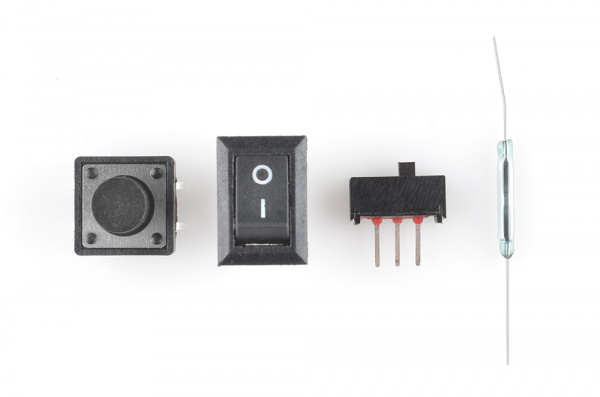 Switch actuation can come from pushing, sliding, rocking, rotating, throwing, pulling, key-turning, heating, magnetizing, kicking, snapping, licking,...any physical interaction which can cause the mechanical linkages inside the switch to come into, or go out of, contact.

All switches fall into one of two distinct categories: momentary or maintained.

Maintained switches -- like the light switches on your wall -- stay in one state until actuated into a new one, and then remain in that state until acted upon once again. These switches might also be called toggle or ON/OFF switches.

Momentary switches only remain active as long as they’re actuated. If they're not being actuated, they remain in their “off” state. You’ve probably got a momentary switch (or 50) right in front of you...keys on a keyboard!

Semantic alert! Most of the switches we refer to as "buttons" fall in the momentary category. Activating a button usually means pressing down on it in some manner, which just feels like a momentary control. There are such things as a maintained button, but for this tutorial when we slip and talk about "buttons", think “momentary push-down switch”.

As with most components, the termination style of a switch always comes down to either surface mount (SMD) or through-hole (PTH). Through-hole switches are usually larger in size. Some might be designed to fit in a breadboard for easy prototyping. 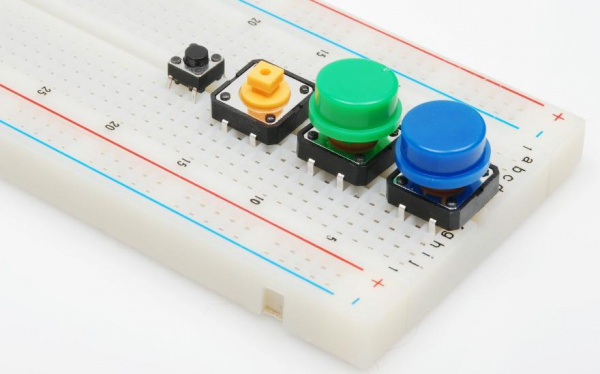 These Tactile buttons are through-hole and fit perfectly in a breadboard. Great for prototyping!

SMD switches are smaller than their PTH counterparts. They sit flat, on top of a PCB. SMD switches usually require a gentle touch, they’re not built to sustain as much switching force as a through-hole switch.

The Arduino Pro has two SMD switches: a slide switch for power control, and a push-button for reset control. 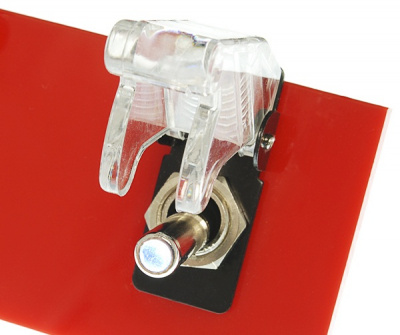 One more important switch characteristic, which really deserves a page of its own, is the internal circuit arrangement of a switch. Are you looking for an SPST? DPST? 4PDT? What-P-what-now?

Share on Google+ Share on Tumblr Submit to reddi
Share on Twitter Share on Facebook Pin It
View as a single page Next Page →
Poles and Throws, Open and Closed
← Previous Page
What is a Switch?
Pages Introduction What is a Switch? Defining Characteristics Poles and Throws, Open and Closed Momentary Switches Maintained Switches Switch Applications Resources and Going Further
Comments 1 Single Page Print